Love isn’t always a book in this charming romantic comedy about a bookseller who figures out how to be the main character in her story.

As a self-proclaimed book hater and a firm believer that the movie is always better, Drew Young didn’t anticipate inheriting her grandmother’s bookstore, Book Nook. She’s way over her head even before the store’s resident book club, made up of seven of the naughtiest old ladies in history, start doing what she does best: meddling.

Bestselling author Jasper Williams is a hopeless romantic. When he meets Drew at her Book Nook book signing event, he becomes determined to show her the beauty of reading. He curates a wish list of books in exchange for his help in scouring the local Denver scene for his current manuscript. From river rafting to trying out local restaurants, Drew begins to connect with Jasper in a way he only thought happened in fiction.

When messy family ties put Book Nook’s future in jeopardy, Drew finds himself caught between a bookshelf and a hard place. She reminds that real life isn’t always big dreams and sweeping romance. But Jasper is the plot twist she never saw coming and he’s writing a happily ever after just for them.

better than fiction by alexa martin is a very cute romantic comedy with a clever premise.

Drew Young is a young single woman who inherits a bookstore after the death of her beloved grandmother. She states that she hates reading and is cynical about happily ever after in romance novels.

When Book Nook’s older ladies’ book club invites best-selling romance writer Jasper Williams to visit the store, Drew is forced to slowly change her mind about many things. This simple plot is complicated by a conflict with her father, meeting her estranged stepsister, and a very involved best friend.

The story is told in the first person, so we get very familiar with Drew’s conflicting emotions. He insists on following the path that he believes is marked out for him and has great difficulty imagining alternatives.

Jasper’s calm and supportive demeanor is a great balance to Drew’s turbulent reactions to changes in events. The dialogue is witty but sweet at the same time. The story stretches the credibility a bit. Jasper is such a nice guy that it looks like someone would have snatched him by now.

better than fiction is a valuable addition to the many popular romantic comedies currently in print. It is original and witty and a joy to read. 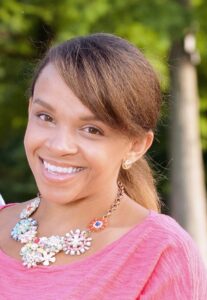 alexa martin She is a writer and a housewife. She lives in Colorado with her husband, a former NFL player who now coaches at the high school where they met, her four children and a German shepherd. When she’s not telling her kids to put their shoes on…again, she can be found catching up on her latest book boyfriend or pinning meals on Pinterest that she’ll probably never make. Her first book interceptedshe was inspired by the eight years she spent as an NFL wife.