In a single day, thirty-five-year-old Hallie Marsh learns that the man she loves, works for and lives with has found someone else and that she no longer has a job or a place to live. She is also involved in a car accident. She retreats to her parents’ home in northern Florida to console herself and decide what to do with the rest of her life only to discover that her mother plans to leave her father for another man. Bitter, angry, and out for revenge, Hallie decides to take a year off and write a novel that would reveal the unethical, if not illegal, business practices of her former boss and lover.

Determined and focused, Hallie buys a house in the neighborhood where her two best friends and former co-workers live: Carol Mathews and Gordon Sebastian Cooney. It is through Gordon and Carol that Hallie gets to meet four neighbors, one of whom is Carol’s Vietnamese mother who carries a doll and talks through reflective surfaces. These four neighbors, Cora, Suong, Charlie, and Vince, are all old, quirky, and lonely at this stage in their lives until Vince comes up with a plan: the four of them will form an alliance, buy the old Braswell estate that is located down the street, fix it up and live in it almost like a family. Hallie is fascinated with these four people and instead of writing a book that tells it all, she starts writing about her alliance. With this new focus and Carol and Gordon’s friendship, Hallie overcomes her feelings of anger, she is able to cope with the sudden death of her mother and finds her true love.

like family by Barbara Casey It was dysfunctional from the first page to the last. Hallie loses her job, her boyfriend and the place where she lives, and to top off her terrible day, she has an accident.

Hallie’s best friend Gordon repeatedly comes to her rescue and they definitely have a weird relationship. He’s always there for her, no matter what happens to her, and I don’t think she appreciates how he drops everything to be there for her.

Hallie tries to reinvent her career, but it’s hard to tell if she’ll succeed as a writer.

We meet the various characters, who have their own quirks but are somehow like a family, except for Hallie’s previous boss, who is also her boyfriend.

Multiple interwoven stories are told, sometimes successfully and sometimes not so much. The characters definitely have depth and even some wisdom, and we get to know them little by little.

The four older characters add some lightness to the story, but it’s also heartbreaking at times, and their newly formed friendship becomes very important to all of them.

Friendship and family are emphasized, with older characters forming their own family in more ways than one, much to the annoyance of some. There are vivid descriptions of the houses and land, and it was easy to visualize the repairs being made, the slimy mold, the food, and the abundance of flowers.

The story was choppy at times and the ending was surreal. It wasn’t just abrupt and seemed like the author ran out of steam. There was no closure, there was no happily ever after, and he left me adrift. There seemed to be more story to tell and a lot of loose ends that left me hanging. In fact, I tried to turn more pages on my Kindle, thinking I missed some pages, but I didn’t.

Though like family it was flawed, just like this dysfunctional family, Mrs. Casey created interesting characters and her images were very descriptive. However, the ending left me empty and wondering what happened to the rest of the story. 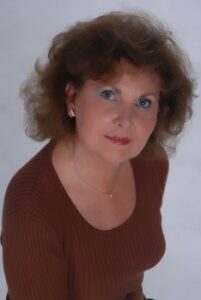 Barbara Casey He is the author of several award-winning novels and book-length nonfiction works for adults and young adults, and numerous articles, poems, and short stories. Several of his books have been selected for major movies and television series.

In addition to her own writing, Barbara is an editorial consultant and president of the Barbara Casey Agency. Established in 1995, it represents authors in the United States, Great Britain, Canada, and Japan.

In 2018, Barbara received the prestigious Albert Nelson Marquis Lifetime Achievement Award and Top Professional Award for her extensive experience and notable achievements in publishing and beyond.

Barbara lives on a mountain in Georgia with three cats who adopted her: Homer, a southern raccoon cat; Reese, a black cat; and Earl Grey, a gray cat and Reese’s best friend.