Skip to content
I am very grateful to have had the opportunity to speak with the author-illustrator. minimal cat on the little toymaker! This is the first time that Cat has created text for a book: her debut shy willow she was speechless, so it was a delight to see her in what I know will be a long and illustrious career as a picture book creator! Enjoy!

We all know the guy in the red suit at the North Pole. But what if the world’s toymaker was a little boy?

The adorable little Toymaker makes wonderful toys…not for children, but for their grandparents and other seniors. (People often forget that they like toys too!) But it’s not always easy.

One morning, an old woman brings the little Toymaker a tin of sweets that she used to play with as a child.

The little Toymaker takes the can and TA-DA! he returns with a shiny new toy for the old lady. But it seems that what she really wants is long lost. And it will take all of the toymaker’s skill, magic and empathy to bring it back.

Look under the dust jacket:

CM: It all started with a quick pencil drawing I did in 2019 of a wind-up toy turtle that had a snow globe for a shell. I imagined that a little wizard had done it while I was drawing it. Then one idea led to another idea. This little wizard is actually a little toy maker, and he makes toys, not for children, but for older people. But why for the elderly? Because people often forget that they also like toys. It couldn’t be just any new toy, it would have to be a toy from his childhood that the little toymaker would transform into something magical. 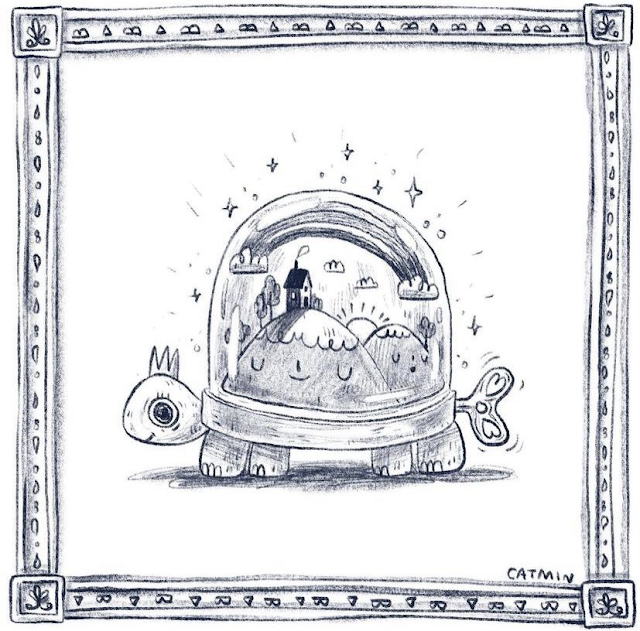 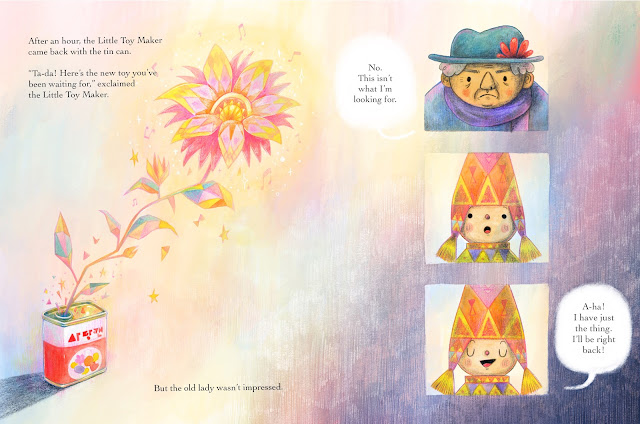 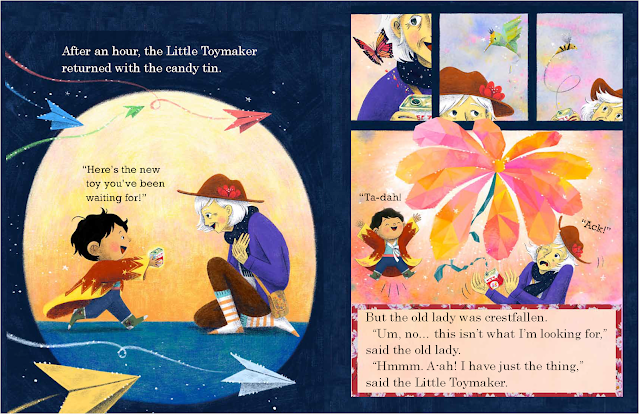 When I look back now, having finished the story and the art, I think this idea came to mind because I was in a very nostalgic state at the time. I was new to motherhood and having this new identity as a mother had a huge impact on me. Becoming a mother meant new beginnings, new experiences, new happiness, but at the same time for me it also meant losing part of my past. In my spare time, I would rummage through drawers and storage boxes to actively search for things from the past such as photos, drawings, key chains, postcards, and letters to remember what I was like when I was 12, what kind of friendships I had when I was 8, what kind of things interested me when I was 21 years old. Was I still identifying with all my different past selves? If I did, what am I doing that keeps that past part of me still a part of me now? And if I didn’t, what had happened? What had changed? Do I miss that part of me, or am I glad that part of me no longer exists in the present? I guess that’s why it was natural for me to do the story about the little toymaker who meets an old lady instead of an old man. He feels a certain emptiness in her heart, so he brings a favorite childhood toy of hers to the little toymaker in hopes of healing that part of her. And it’s only after the old woman shares her story with the little toymaker that he can finally give her what she’s been looking for. 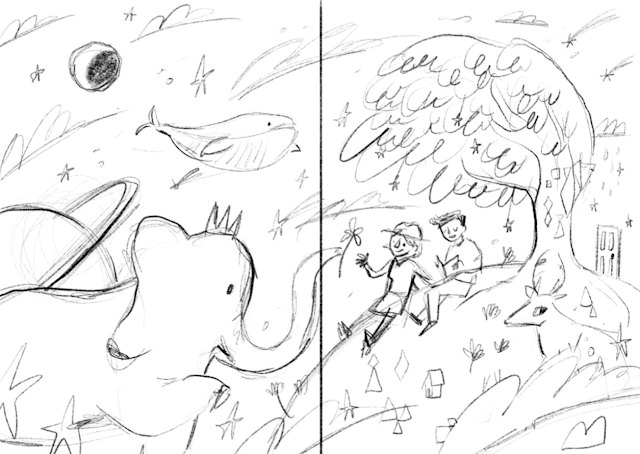 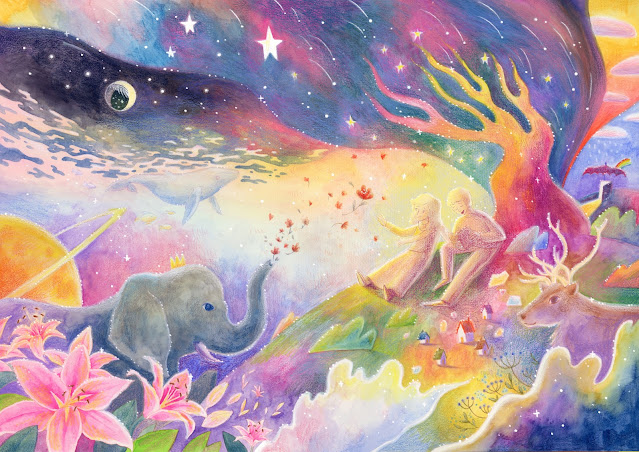 LTPB: Can you talk a bit about the visual evolution of the little toymaker? As you got to know the characters, how did your illustrations evolve?

CM: In the early stages of the development of the story and the art, I imagined that everything in the little toymaker it was pure fantasy. The little toymaker lives in an old wooden tower on top of a rainbow mountain, so he would also have to be this out-of-this-world character. He would have a hat that covered all of his hair and wrapped in layers of clothing that also had a rainbow pattern. The old woman also had a hat that covered most of her hair and her hair was grayish white. Both the little toymaker and the old woman did not have a very clear identity, beyond the fact that one was a child and the other an old man.

the little toymaker I went through several revisions, but the best feedback I got from editor Arthur Levine and art director Joy Chu was putting more of myself into the story and art. In the final character design, the little toymaker no longer has his hat and we can see his black hair floating freely and dancing when he uses his magic. It’s also clear that he’s an Asian child, which made it much easier for me to add little details throughout the book that give further clues to his origin (jasmine tea and mooncakes during tea time, origami hanging from the ceiling and the ceiling , etc.) ). The old lady also went through drastic changes. Joy had sent me dozens of pictures of different old women, showing me all the different ways old women could look. She had also sent me pictures of Joan Didion (before she passed away) who was very skinny, and it was quite a shock to me because the old ladies in my imagination were all like Mrs. Claus. Joy had also asked me, “how would you like to look when you are an old woman?” and this question really got me thinking about what the old lady would look like in the little toymaker. The final character design of the old lady is a combination of these reference images and how I imagine her to be when she was an old lady. These character design changes affected the entire look and feel of the illustrations. At first, Rainbow Mountain was a pile of geometric shapes and patterns, and the characters were more abstract than real. In the final illustrations, the characters have more realistic features that make it easier to identify who they are, and the settings and details are clearer rather than more abstract, which I think makes the magic seem real. 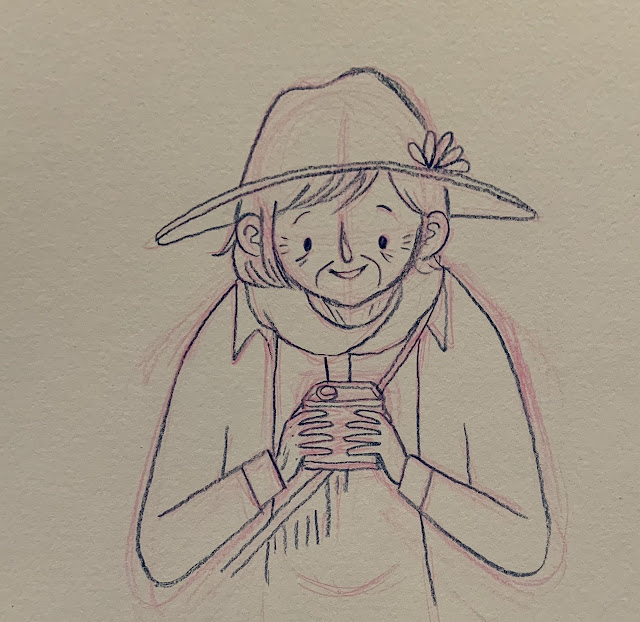 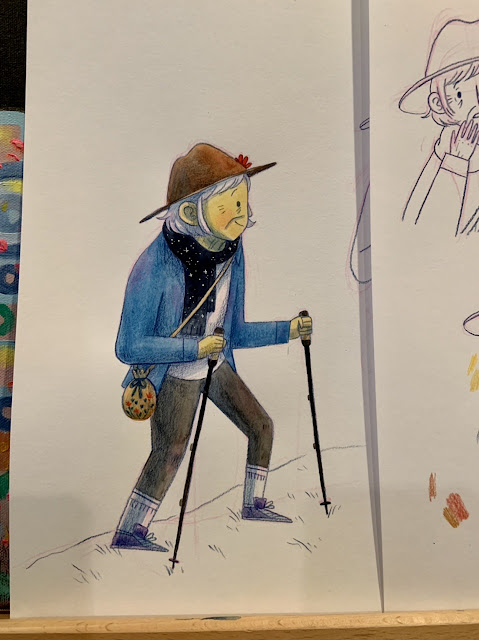 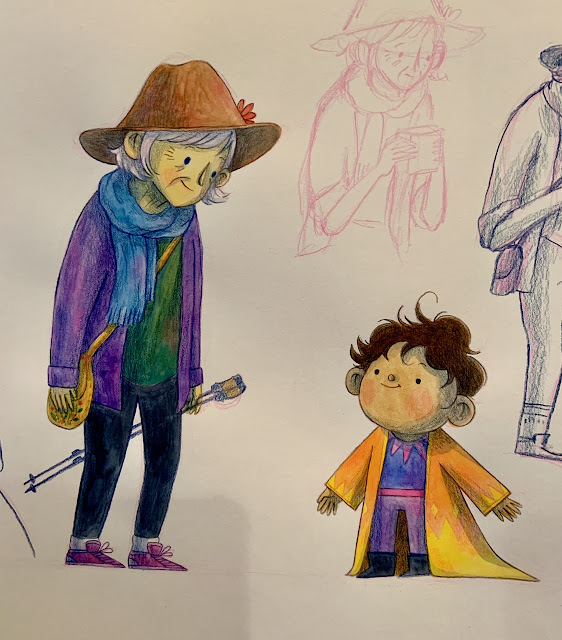 LTPB: How do you think your animation background contributes to your illustration style? For you, what are the main differences between animation and illustration? What was the most difficult part of the transition from screen to book?

CM: I think my background in animation and film makes me see a story flow more in sequences. There are several moments in shy willow where there are no words and only illustrations, and sometimes they are divided into sequences like in a graphic novel. This can also be found at the little toymaker. Sometimes an illustration can stand alone without words to tell a certain part of the story, and sometimes breaking a moment into a wordless sequence can show the gradual change of a character’s emotion or help build the climax of the story. history. This is most often seen in animation and film, where a significant moment is emphasized with nothing more than a long pause in close-up of the protagonist’s face or watching the protagonist walk slowly from one point to another. With a moving image, you can pace what the viewer sees on the screen, but with picture books, pacing is left entirely up to the reader, so you try to pace the story as much as you can. with these self-contained illustrations and wordless sequences. . It’s my attempt to try to bring out that emotion that I want to evoke by getting to a certain part of the story, which I think is easier to do on screen with music, rhythm and sound effects.

LTPB: What did you use to create the illustrations in this book? How did your process change from how you worked on your debut? shy willowWhat was published last year?

CM: I used watercolors and colored pencils on watercolor paper. I then scanned the artwork onto the computer/iPad and used Photoshop and Procreate to change or add more detail to the art. The process was more or less the same when working on art for shy willow. The only difference is that for the little toymaker I relied heavily on Procreate to do the final revisions and add little details like the little sparkles you see all over the toy maker’s workshop. 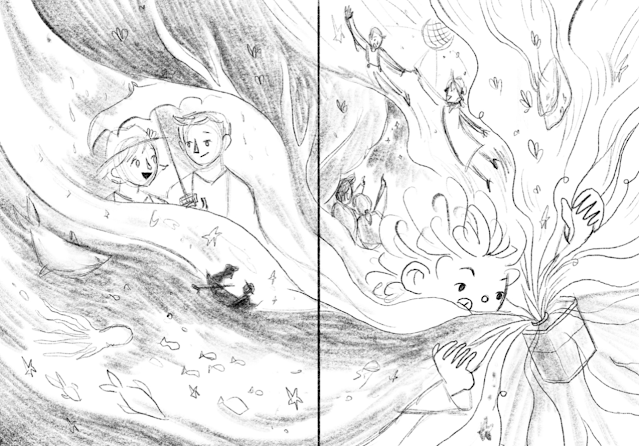 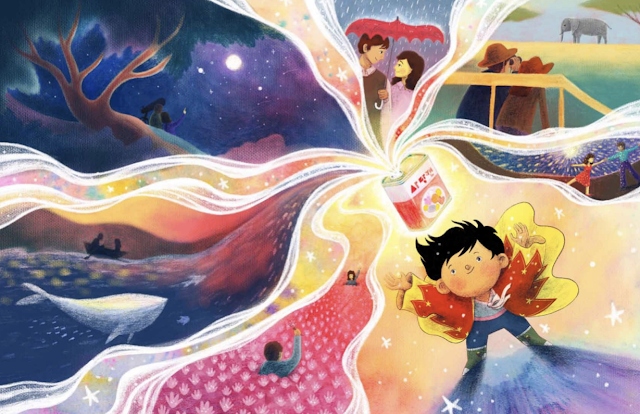 LTPB: What are you working on right now? Anything you can show us?

MC: Yes! I am working on my third illustrated book. the shadow and the ghost scheduled for Spring 2024, also posted by Dear Levine. It is about the unlikely friendship between a shadow and a ghost. I can’t say much right now because it’s in the early stages of development, but I can’t wait to share more details soon! 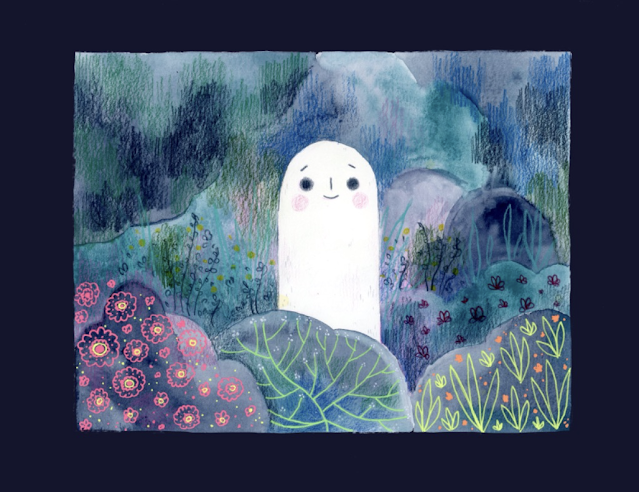 LTPB: If you had the opportunity to write your own illustrated autobiography, who (dead or alive!) would you want to illustrate it for and why?

CM: Oh, I love this question! It would never happen, but it would be an absolute dream to have Shaun Tan illustrate my own picture book autobiography because his picture books are basically the reason I wanted to become a picture book author and illustrator. I feel like he would take my story and turn it into something interesting, something magical with the beautiful surreal illustrations of him (hmm, sounds a bit familiar haha). He is very good at taking the words on the page and creating the illustration of that part of the story to tell something deeper, so that the reader will think, question and search even after finishing the book.

Many thanks to Cat for taking the time to answer my questions! the little toymaker posted earlier this month by Levine Dear!

Special thanks to Cat and Dear Levine for using these images! 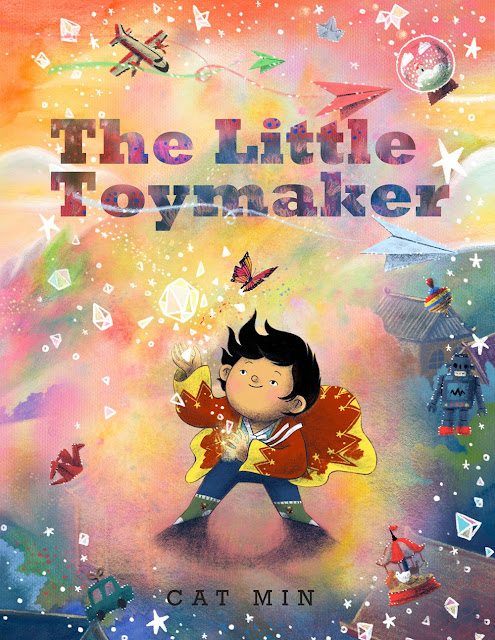