What if you just wanted to get away from your family, from society, from a difficult past? How difficult could the choices that result from that desire become?

the hidden palace (Harper360, 2022), the second book in Dinah Jefferies’ Daughter of War trilogy, expands the Anglo-French family saga of World War II-era sisters Florence, Élise and Hèlene a generation back to the story of their aunt Rosalie, who fled from her parents’ control to work as a dancer in the nightclubs of 1920s Malta. For Jefferies, who “didn’t want to write a totally linear trilogy”, both the jazz age and Malta were fascinating settings. The addition to the story of a (perhaps) little-remembered controversy over what would now be called the “trafficking” of nightclub dancers in Malta in the late 1920s and 1930s made the scenario all the more intriguing. The fallout from Rosalie’s choices lands her in a disreputable, maybe even dangerous, company, and there’s heartbreak along the way.

Although the roots of World War II lie in the interwar period, the 1920s in particular seem to have received little contemporary literary attention, and for that alone. the hidden palace is a gem. But it’s also brimming with immersive description, a talent Jefferies is known for, especially from Malta. While he had been able to travel to research earlier novels, counting India, Myanmar, Vietnam, and Sri Lanka among the settings he has visited, in his author’s note to the hidden palace she mentions that the COVID-19 pandemic meant she couldn’t visit Malta when she needed to, and as she describes herself as a “visual person”, that must have been a particular hurdle. The range of other sensory elements she draws from her make her ability to capture the coastal views of Malta and the streets of Mdina and Valletta so vividly all the more remarkable.

Shifting between Rosalie’s perspective just before her decision to run away from her family and Florence trying to find a place for herself in rural England after fleeing torture in France during the war, the novel is an all-around good. integrated as both stories progress. on time. Florence’s sense of being separate from her mother, while strong on her own terms, is, of course, more nuanced and mature than Rosalie’s youthful rebellion. Although this trilogy focuses on such well-developed female leads, Jefferies does not generally “consciously identify,” as she puts it, with her characters, although she admits the possibility of a subconscious connection. In general, she likes to write about characters who show resilience, “fac[ing] the darkest of times, but find the strength and courage to survive and thrive.” 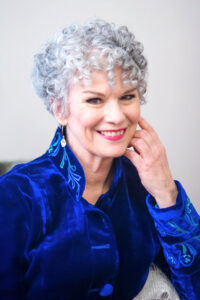 His entry point to this middle story in his war series was an interest in Malta’s time as a British crown colony, but once his initial research illuminated the heavy bombardment of Malta: “3,000 Nazi air raids in no time at all.” over two years,” she noted: she knew she had to use the “evocative” setting. the plot of the hidden palace it continues during and beyond the end of the war in Malta, which is one of several strongholds in the novel. As Jefferies points out, “we see the consequences of what happened for ordinary people and, in particular, for women” after the end of the war.

However, Jefferies balances the impact of those consequences on Florence and Rosalie, as they find refuge from their estrangements and their consequences in out-of-the-way places. For Rosalie, this is the great palace-like secret house of the novel’s title, where she rebuilds her life. For Florence, it is the country home of Jack, the Englishman in a failed marriage for whom she finds herself developing feelings. In these two hidden settings, Jefferies allows the characters to have, if not a normal life, then an eventual connection to a truer part of themselves.

Characters in historical fiction interact with historical events, whether the events are very significant or not, or simply lead their complicated private lives within the context they inhabit “now.” the hidden palace it is very much the latter type of novel, giving readers a sense of the times through the background of its characters’ desires for autonomy. Rosalie, and Florence in a more subtle way, are compelling characters, well crafted to illustrate the times they live in.

Looking at Jefferies’s work as a whole, the balance seen in the hidden palace is typical. She says that in her novels she likes to “write about the enduring power of the human spirit to rise above [the] darkness” of war and personal tragedy. Drawing on his own experience of the tragedy, he says his novels tend to “contain elements of love and loss, but also hope.”

the characters in the hidden palace navigate that balance of your choices in a wonderfully summoned environment.

About the contributor: Irene Colthurst is an online ESL teacher at the MyCoolClass teacher cooperative.