Alexandre Lacazette took the Arsenal number 9 shirt when he signed from Lyon in 2017.

We hoped that he would be able to revive a shirt that has struggled on the backs on many players, but, alas, he proved to be less deadly than we expected.

With his contract up at the end of June, having found himself benched for the last seven games, playing only 70 minutes since the game against Brighton at the start of April, Lacazette’s four Premier League goals, two of which were penalties, perhaps demonstrate the strength of the curse on this shirt.

Eddie Nketiah is due to sign a new deal and, with it, could come a new shirt number, but would he be brave enough to ignore all that has gone on before?

A cult figure at Highbury, ‘Merse’ last just one year under Wenger. 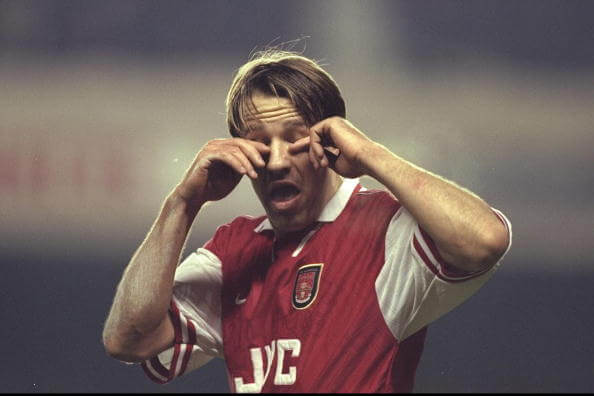 Addictions to drugs, drink, and gambling, he clearly wasn’t the type of man Wenger was looking for.

Despite making 40 appearances in his only season under Wenger, Merson left for Middlesbrough after ‘only’ accumulating the frustratingly annoying tally of 99 Arsenal goals. 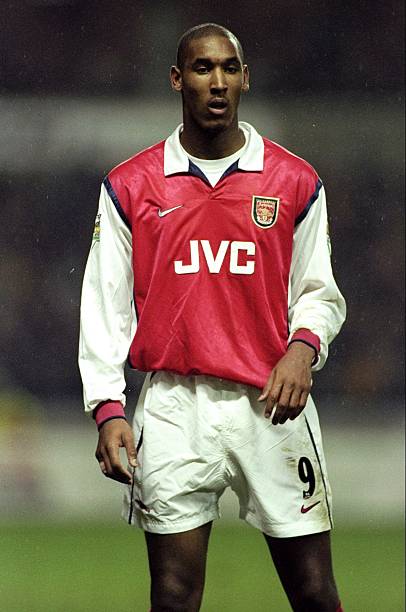 The barely known Frenchman was just 17 and had 12 professional appearances to his name, so Arsène Wenger obviously went and signed him for £500,000. At the age of 18, he was thrown into the team with Arsenal legend Ian Wright injured and – naturally – shone.

The French teenager had electric pace rarely seen in English football at that time, and was more than a handful for defences. His second Premier League start saw him score the opener against Manchester United, and the 1997/98 season ended with Anelka scoring at Wembley to secure the double.

The following season took him even further, and 17 Premier League goals in 35 games made him Arsenal’s top goalscorer.

Shortly after turning 20, Anelka was turning his head.

‘Le Sulk’ was unfortunately managed by his brother and agent, who convinced him Real Madrid was the place to be. He only stayed there a year before being ferried all over Europe – I’m sure his agent made plenty, but the Frenchman never had the career his talent deserved.

Arsenal made a profit of nearly £22m on a kid who didn’t want to stay at the club, and used the money to build a state of the art training ground and sign Thierry Henry.

Not a bad deal, but the number nine shirt was under a cloud. 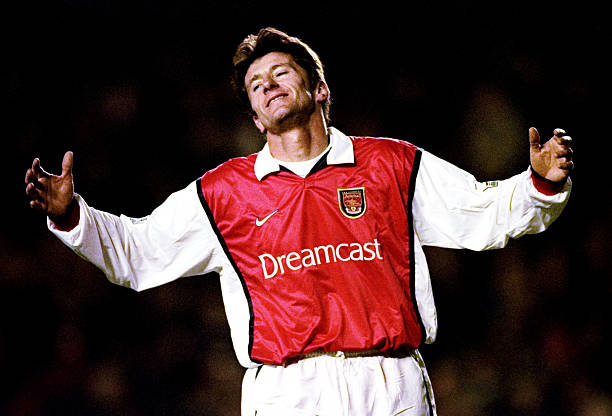 It was a cloud that followed Davor Šuker during his stay at the club.

His one season at Arsenal saw him scored just seven in 35 appearances, largely against poor opposition.

He also missed a penalty in the UEFA Cup Final loss to Galatasaray.

Already in his thirties and unable to adapt to England (as the following year at West Ham further proved), Šuker was yet another mishit. 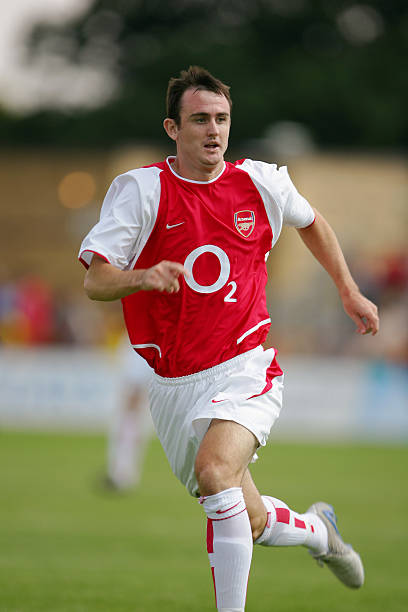 The fox in the box was no better.

Coming with a big reputation following his emergence at Everton, Arsenal signed the 20 year-old for a whopping £8m. His three seasons with the Everton first-team saw Jeffers net 18 goals.

He didn’t score 18 more in 10 more years in English football.

A spell in Australia saw him average a goal every 14 games.

Two of his eight Arsenal goals came against Farnborough Town, but he did score on his only appearance for England. 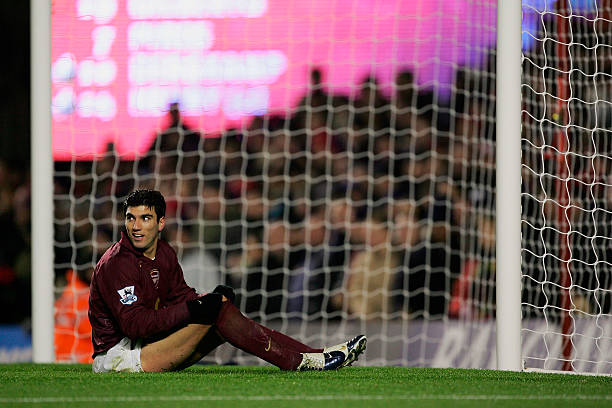 Possibly the most disappointing, and ultimately tragic, of the lot, this guy had it all.

For a brief spell he blew everyone away, contributing to the Invincible season. His first goal was a screamer against Chelsea, in a game he went on to also score the winner in to see us advance in the FA Cup.

In the league he preserved our unbeaten record with a goal at Portsmouth, and scored the only goal of the game in a win against Fulham

Then he kicked on, starting the 2004/05 campaign with seven goals and five assists in 12 appearances. He was – just for a couple of months – the best player in England.

Homesickness, a racism storm, and the rough nature of English football culminated to wreck him.

He moved back to Seville, where he captained the back-to-back winners of the Europa League before moving on to Espanyol, Cordoba, Xinjiang Tianshan Leopard, and Extremadura.

Reyes life was tragically cut short when he died following a car crash in 2019. He was just 35. 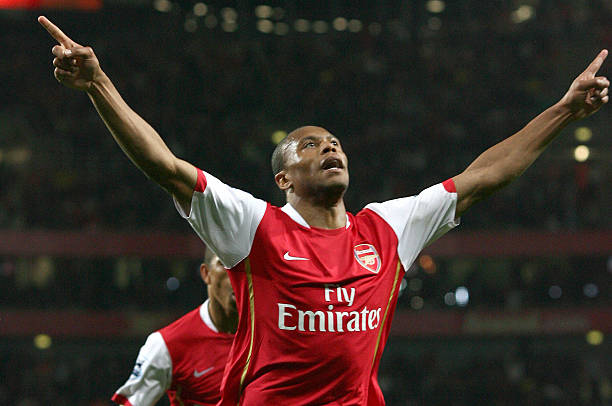 The first Arsenal player to wear the nine at Emirates Stadium, and one that can easily be forgotten.

A League Cup game saw him score four at Anfield even before Andrey Arshavin, but Baptista is such a footnote that nobody cares to remember.

A cumbersome man who looked slow and never used his physicality. His technique was lacking, his finishing was average, and his loan from Real Madrid was never made permanent.

His last appearance for Arsenal saw him miss a penalty on the final day of the season. Apt. 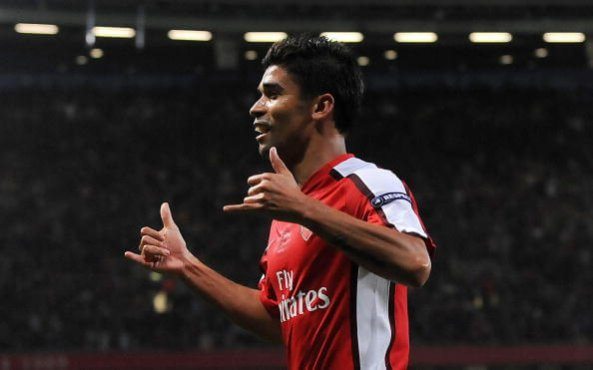 Football is a cruel game.

I said Reyes’ ordeal at the club was disappointing, the fall of ‘Dudu’ was simply heartbreaking.

A true poacher with a striker’s instinct and a beautiful left foot. If the number nine truly is cursed, Eduardo’s horror injury is the greatest evidence.

Bought with the money from the sale of Thierry Henry, Eduardo had just found his feet in England and a few goals had fired us to the summit of the Premier League. Those feet were then swept from under him on 23rd February 2008, and he was never the same again.

His ‘beach’ goal against Burnley in 2009 – while wearing the armband – was a sublime piece of skill and a lovely moment, but Arsenal lost the Eduardo that they signed with that tackle in 2008.

Both numbers miles shy of what they should have been. 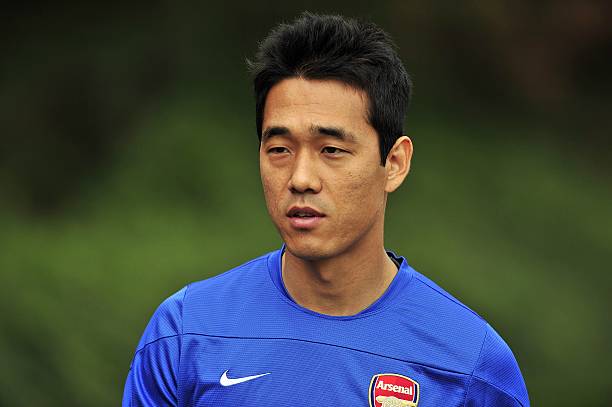 Snatched from under the noses of Lille, the Monaco forward arrived in London on deadline day. He scored a nice goal against Bolton in the League Cup and his only Premier League appearance saw him used for eight minutes against Manchester United.

This led to the cynical theory that he was only signed to sell shirts which, in fairness, is as good as any other theory.

The number was taken off him when Lukas Podolski signed. 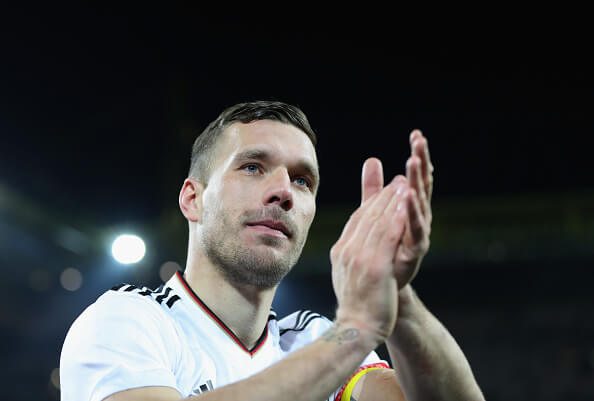 A huge left foot, a bigger smile, and an even bigger dislike of movement.

Podolski was never going to work as a center-forward as he doesn’t really make runs and he can’t bring others into the game.

He seemed like a decent enough guy and he was a great finisher, and that’s about it.

Lucas arrived at Arsenal last summer for a fee of £17m.

Any time he was given a chance, he impressed and while injuries were responsible for keeping out of the side for part of the season of his first season, there was no doubt Arsene Wenger just didn’t sign him despite him. 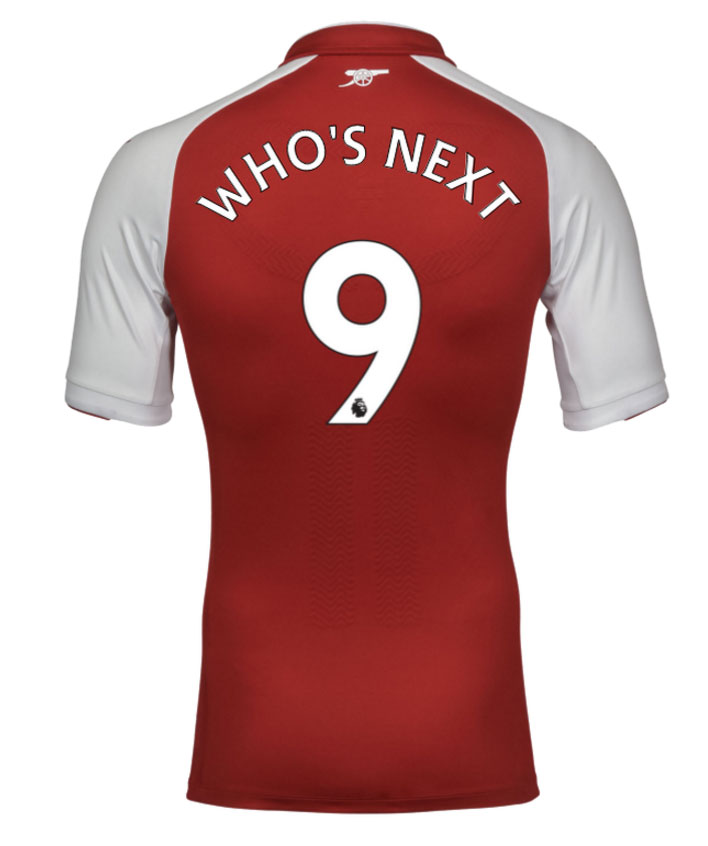 I don’t actually believe in curses or fate or anything like that, but I wouldn’t wear number nine if I signed for Arsenal this summer.

Who is brave enough to wear number nine for the Arsenal?

Whoever it is, let’s hope it’s finally someone worthy of the number worn by Joe Baker, John Radford, Frank Stapleton and Alan Smith during their hugely successful periods at the club.

That would make a pleasant change.

So, while Arsenal news is slow and filled with rumors and during an international break, I thought I would look at the Gunners history when it comes to the World

First of all, I love Ian Wright. In terms of a player who truly loves the badge, he’s unrivalled. When I hear him tell the story of sleeping round David

Morning all. A very quick Monday round-up as we’re recording the Arsecast Extra pretty early today. This post is likely to be mostly transfer speculation because perusing NewsNow this morning