What makes an exciting run-in to a Premier League season, and which was the best ever?

This season’s Premier League campaign has eight rounds remaining — in theory, at least, as several clubs have games in hand — and there’s all to play for at both ends of the table.

At the top, Manchester City seemed to have their third championship in four years in the bag a couple of months ago, but Liverpool have stormed back to make it a title race again.

Chelsea look good for one of the other two Champions League places but there’s then a three-way competition brewing for the final spot, with Arsenal the favorites ahead of Tottenham Hotspur and Manchester United.

Down at the bottom, the scrap for survival is still alive too. Norwich City are surely down, Watford will probably follow — but Burnley have a fighting chance of staying up, with Everton, Leeds United and Brentford not safe just yet.

How common is it for all three “races” to be alive at this stage of the season? Well, in short — fairly common over the Premier League’s 30 years, but relatively rare recently.

Here’s an entirely unscientific scoring system that roughly summarises how tense everything was going into the final eight games in each of the Premier League’s 30 seasons so far.

First, the title race is marked out of 10 (twice the number of points on offer compared to the others, because who wins the title is obviously the biggest deal). There are three factors at play here: the number of clubs in contention, the points gap, and the novelty of the sides involved (Leicester City being five points clear at the top is simply more of a story than mid-1990s Manchester United having a five-point cushion).

Next, the battle for the European places is marked out of five. This is a little more complex, for various reasons. First, the number of European places available has changed over the three decades. Second, the level of prestige of the Champions League compared to other European competitions has increased. Third, European places aren’t decided by league places alone, with FA Cup and continental competitions changing which positions earn qualification spots. Some attempt has been made to reflect that.

Please note, the seasons are judged rather on what we knew at the time — at this point in each season. Remarkable turnarounds at both ends of the table in the final few games have been ignored for these points system. We don’t know about Sergio Aguero’s last-minute Premier League winner in 2011-12, for example.

Here are some conclusions…

1995-96 was the most exciting all-round campaign

This was a truly excellent title battle that is best remembered for Newcastle United falling short, particularly after their astonishing 4-3 defeat at Anfield at the start of April. That game was so legendary, in part, because Liverpool were also still involved in the championship race — although, in the aftermath of that game, their manager Roy Evans said neither side would win the title defending like that. He was right. Manchester United did.

But the brilliance of 1995-96 came from the fact that almost everyone was battling for something — helped by the fact this was the first 20-club Premier League, after its first three seasons were played with 22 teams, so there were fewer stragglers.

At the bottom, nobody was completely doomed with eight games remaining — then last-placed Bolton Wanderers were only five points off survival. The battle for the European places was also excellent, with the top eight — the three aforementioned sides plus Aston Villa, Arsenal, Everton, Blackburn Rovers and Tottenham, all going into their final eight matches with a serious chance of continental qualification.

Three sides: Manchester United, Arsenal and Chelsea battled for the title. When United had eight games remaining, they were two points clear of Arsenal, who were level with Chelsea, who had a game in hand on both and would eventually overhaul United, in part by winning 2-1 at Old Trafford in their sixth-last league game. Arsenal collapsed — not for the first or last time.

But this season also featured a brilliant battle for fourth place, with — at this stage — only a couple of points separating Spurs, Liverpool, Manchester City and Villa. Tottenham would eventually clinch fourth spot by winning away to City in their penultimate game with a famous Peter Crouch goal late on. The excitement here was also about the novelty of a new side finishing in the top four — breaking up the ‘big four’ dominance of the previous half-decade.

There was a decent level of excitement at the bottom, too. Portsmouth were effectively already down because of a points deduction (although they did have an FA Cup final to look forward to, against eventual double winners Chelsea) but five sides were battling to avoid the drop — although eventually things were settled before the final day, with Burnley and Hull City demoted.

When Manchester United were a staggering 16 points clear with eight games remaining in 2000-01, it felt like a freak event.

But in three of the last four seasons, the title has been won similarly early by either Liverpool or Manchester City. In fairness, there have also been two close title races between those two clubs — City pipping Liverpool by a point, 98 to 97, in 2018-19, and then this season’s, where Pep Guardiola’s men are also a point ahead of Jurgen Klopp and company.

In recent years, the championship has either been a thrilling struggle or a complete non-event. You have to go back to 2016-17 for something of an in-between season, as at this stage Antonio Conte’s Chelsea were seven points clear of Tottenham. 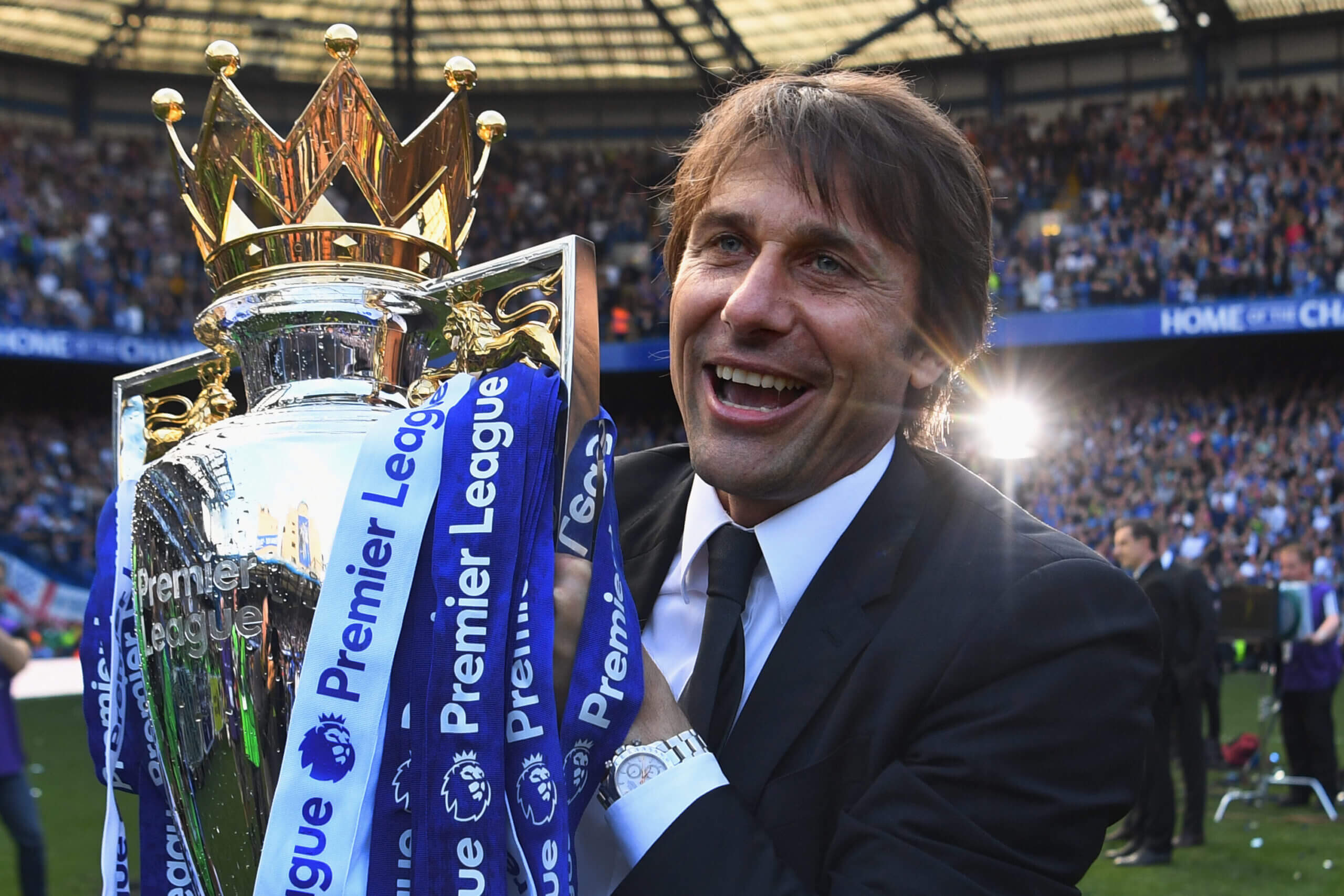 Chelsea’s 2017 triumph – neither a procession nor a proper fight to the finish (Photo: Getty)

We haven’t had a proper relegation fight for a while

Recent Premier League relegation battles have been compromised by the presence of a complete whipping boy at the bottom — Villa in 2015-16, then Sunderland, then West Bromwich Albion, then Huddersfield Town, then Norwich, then Sheffield United, and now, more or less, Norwich again.

You have to go back to 2014-15 for a relegation battle without a complete straggler involved. Then, six sides were in danger of going down at this stage, although the most remarkable thing is that bringing up the rear were Leicester, fully seven points off safety. Incredibly, they stayed up. And you’ll never guess what they did the following season…

That 2014-15 season was the most extreme case of the “other” battles saving a Premier League campaign, as Jose Mourinho’s Chelsea had run away with the title. In fact, aside from a couple in the mid-1990s, the best relegation battles have tended to come when the race to be champions has been underwhelming — which is quite convenient.

This was surely the best Premier League title race. With eight games left, Chelsea were top on 66 points. Liverpool and Arsenal were both four points behind — but with a game in hand each. Eventual champions Manchester City were another two back, but had three games in hand on Chelsea. And therefore this was the only genuine four-way Premier League title fight at this stage.

The downside of this, of course, was that because these four sides were so much better than everyone else, there was no meaningful battle whatsoever over the Champions League places.

But this season also featured a proper relegation fight — seven points separated the bottom nine At this point, almost half the league, meaning genuine drama at both ends of the table. 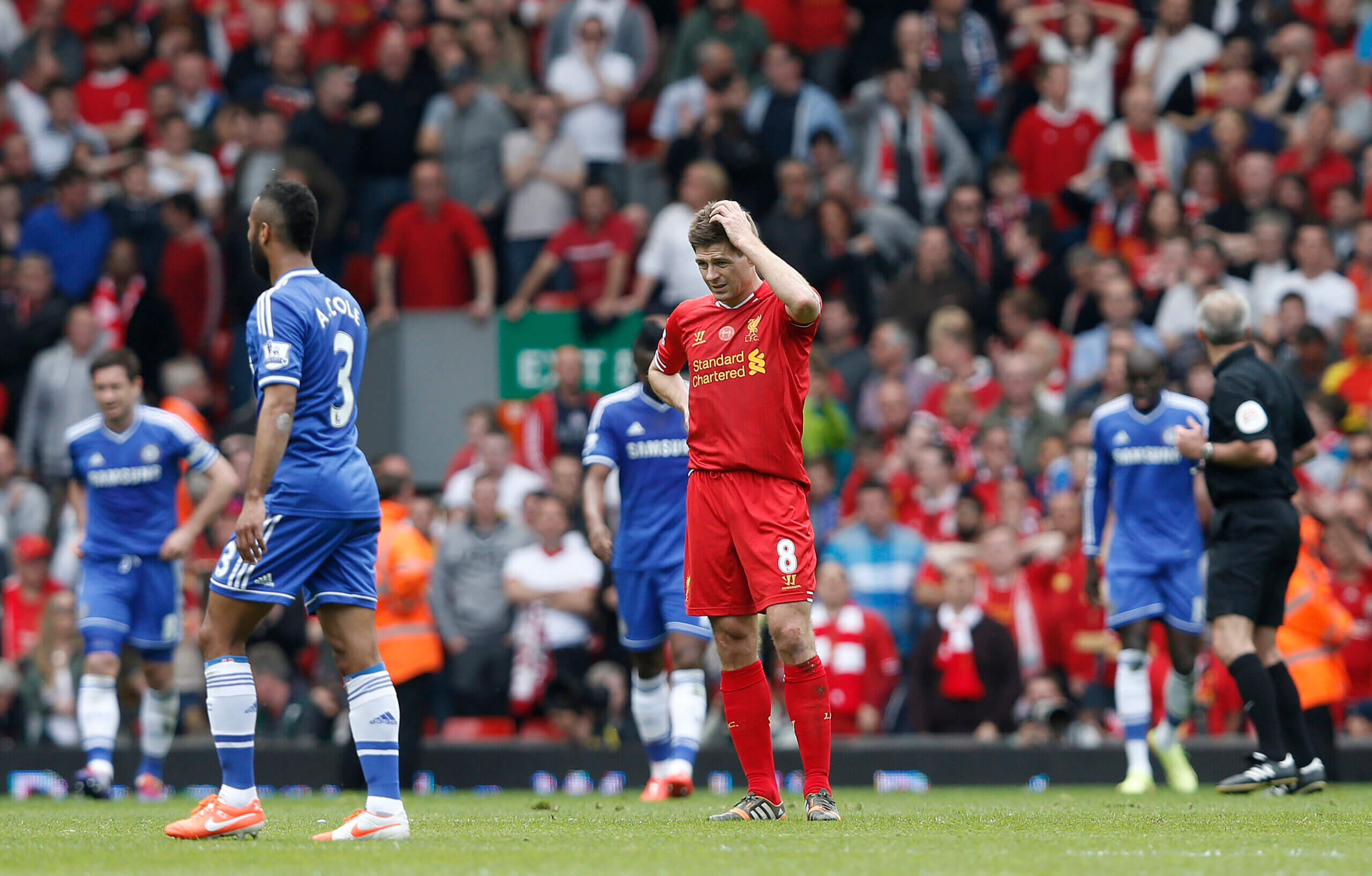 Two of the worst run-ins the Premier League has seen — from eight games to go, at least — are the two that were played behind closed doors.

In 2020, “this stage” actually happened in late June, for obvious reasons. Liverpool were a staggering 20 points clear, and while there was certainly some novelty in them winning the title for the first time since the old First Division days, for the neutral this was nothing compared to their brilliant duel with City in the previous campaign. This title race felt over by Boxing Day.

And at this point, there wasn’t much of a race for the Champions League places either, although Manchester United would eventually rally late on and then beat Leicester in the last round of fixtures to leapfrog them in the table, which did provide some drama on the final day.

The following season, Manchester City had won the title by a similarly comfortable margin, but there was a great contest for the European places at this point. Everton had a game in hand — if they’d won that, just five points would separate fourth and eighth, comprising West Ham, Chelsea, Everton, Tottenham and Liverpool. It seems odd to be thinking about Everton in those terms a year later.

But this was, crucially, unquestionably the least interesting relegation fight the league has seen.

Sheffield United completely bombed, and West Brom were never truly in contention to stay up. Yes, Fulham were only three points away from survival at this point, but they had played two games more than Newcastle and didn’t really stand much of a chance.

Behind-closed-doors football was truly miserable, but at least the supporters weren’t missing many momentous events on the pitch.

Marcelo Bielsa likes to read and in his first summer at Leeds United, he asked his players to dip into a book about the success and the psyche of the

Marcelo Bielsa, for all his conviction, was never a man of hubris. He locked into his ideas and he believed in them to his last breath at Leeds United —

Marc Roca may not be the quickest of players but for Leeds United’s new £10.4million signing, the game is all in the mind. A deep thinker, advocate of meditation and