This is Leeds, and Leeds do not go quietly

To the right of Rodrigo was Jack Harrison, asking for a simple pass forward. Rodrigo swung a foot and prodded the ball into touch, to the sound of venting voices around him. Hands on his hips, eyes locked on the ground, nowhere to hide and nothing more to say.

A few minutes earlier he had made a mess of an easier pass to Harrison, too slow to release it and allowing Brighton to break upfield and score the first goal in a game that had all the hallmarks of an impending riot. Does Rodrigo prefer receiving those balls rather than trying to make them? Is he just not up to it in anything more than flashes? Does anyone know?

Then there was Jesse Marsch, from 4-2-2-2 to 4-2-3-1 to three at the back to five at the back and then yesterday, at Elland Road, to something much closer to the system Marcelo Bielsa left behind, one thing he hadn’t yet tried. Kalvin Phillips looked at first like a more isolated pivot while Raphinha and Jack Harrison hugged the wings but the definition washed out of it before half-time, muddling into not-quite-sure-what with players so congested that they were prone to kicking the ball against each other. What is the strategic answer? Is anyone sure?

And so, at the interval, disillusionment all round. One-nil down to a Danny Welbeck chip, the consequence of Rodrigo delaying too long and letting Brighton steal possession off his toes, and the stadium heading for a meltdown. Beforehand, in those awful minutes when no-one knows whether they want kick-off to come quickly or take forever to arrive, empty stands echoed to the sounds of shouts from the corporate boxes as Tottenham won a penalty against Burnley, scored it and ensured that the worst could not happen to Leads on this particular day. A ray of hope in the early kick-off but not enough in itself.

Marsch was not entirely behind the eight ball, still in with a shout of making the last flight out of peril before it left, but he has wrestled over two months to guide Leeds from one mode of football to another, from the absolute definition of Bielsa’s tactics to another world entirely. He has gone for formation changes, personnel changes, Rodrigo dropped and then recalled and Mateusz Klich in and out, all as Leeds veered to a heightened stage of crisis. Sunday’s line-up could have been mistaken for him asking the squad to fall back into the roles they knew best or became so familiar with when his predecessor was crouched on the touchline. Either way, it was different again.

Elland Road has watched this succession play out, biting its lip incessantly as so much changed and so little changed, like a parent with an unruly child they are too responsible to disown. In the absence of belief, it was still possible to be loyal. But late in the second half, with Welbeck’s goal still the difference, Marsch sent on Pascal Struijk and Sam Greenwood for Junior Firpo and Klich and chants for Bielsa broke out. They morphed into verbal attacks on the directors’ box: “sack the board” and “Radrizzani, this is on you”.

Andrea Radrizzani was there to hear them, even though Marsch claimed not to have heard anything. Officials from 49ers Enterprises, Leeds’ minority shareholder, had flown in for the weekend, their first experience of an English crowd with pitchforks in hand. Welbeck had his finger on the button of mutiny with a few minutes to go but headed wide and failed to press it. “That kills the game off,” said Brighton manager Graham Potter. The Geiger counter would have exploded completely.

Marsch had looked at his players in the dressing room at half-time and wondered where they were at mentally. “I could see in the looks on their faces that we weren’t 100 per cent believing we could do it,” he said. “The last thing I said when I looked in their eyes was ‘we can have no doubts. We have to have zero doubts.’ Keep pushing, keep pushing.”

The second half, plainly, was better. Robert Sanchez, Brighton’s goalkeeper, pulled off every manner of save under the sun, the best of them keeping out a Raphinha free-kick from under the crossbar. Raphinha spent a while after the ground had emptied at full-time sat against a post, the body language of a player who might not tread the same patch of turf again, but he more than anyone dragged himself to the well once more. Klich drove Leeds forward more and Raphinha found more space out wide. “I can’t say the result isn’t fair,” Potter admitted after a 1-1 draw, but at 1-0 down, Elland Road felt like it had seen this movie before. Struijk for Firpo, Greenwood for Klich. Who on the pitch was salvaging this? Patience splintered there and then.

This is Leeds, though, and Leeds do not go quietly, whether they are inclined to kill each other or force the Genie to grant them one last wish. Two minutes into injury time and Diego Llorente comes up with possession on the edge of the box; Llorente in a position where you don’t want him, making a pass to Joe Gelhardt you don’t expect him to make. Gelhardt, loiting exactly where you would want him, pausing, drawing a challenge, lifting the ball over an outstretched leg before crossing to the far post, brilliance in his toes. In the confusion, Brighton lose Pascal Struijk; Struijk who has never scored a senior goal at Elland Road, one of the substitutions which put Marsch’s feet to the fire.

There’s a downward header, there are bodies on the goal line and if there is a God, let it find a way through. The ball hits a leg, it crosses the line, 36,000 lungs empty and it is like they have been here before. No one is looking at the directors’ box anymore. No one is even thinking about that. In the moment, everyone wants the same thing. Which is always when Leeds are at their most adorable, the hardest club to suppress. 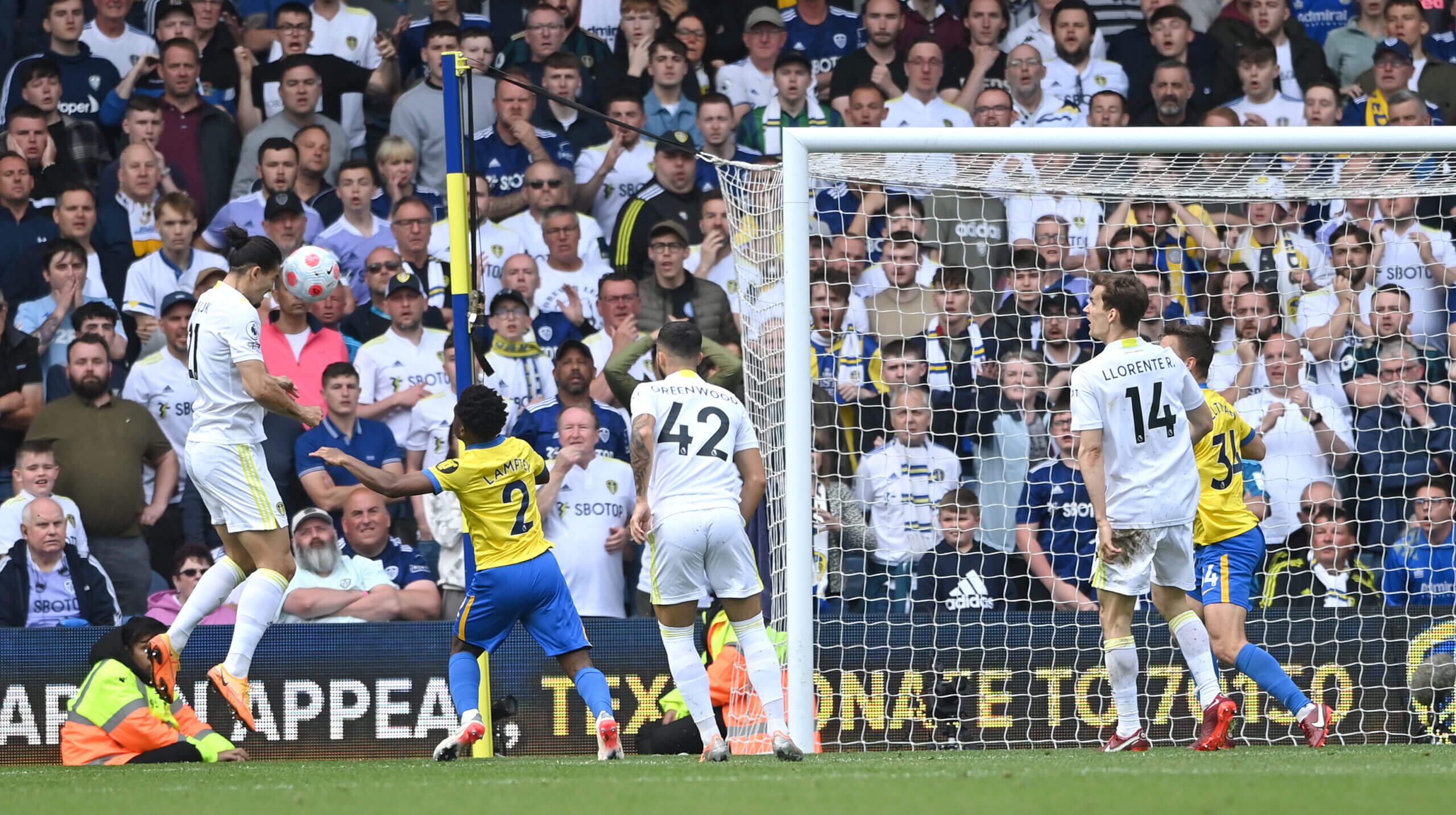 The board, the squad, the head coach, the chicken run through a hail of bullets; the entire picture calls for sober reflection but without the mayhem of results and an ever-changing table around it. Marsch already looks like he has been in his job for a lifetime, emotionally drawn by a brutal introduction that makes you wonder why people pursue careers in coaching when they could be paid for defusing mines. The players look like they will hit the finishing line at Brentford next weekend with nothing more to give. Radrizzani, in five years on the throne, has never heard chanting like yesterday.

The lingering thought on Sunday night? It could easily have been over already. “But we’re alive right now,” Marsch said and so Leeds are, awoken by a point which may just save them.

The Premier League final day promises to be as gripping as we have seen in years. The title and the final Champions League spot are still in play, with Liverpool