The Premier League returns this weekend with one point separating the top two, Everton looking over their shoulders at the relegation zone and the race for the final European places very much alive. Here our writers offer their verdicts and what will happen between now and the final day on May 22.

Who will win the Premier League title?

Oliver Kay: Manchester City have to be considered favorites at this point because, between two outstanding teams, a) they have a one-point advantage, b) they have a home advantage in that game against Liverpool, c) they have the slightly gentler run-in and it’s not easy to see where they’ll drop points. Not writing off Liverpool, but the advantage is with City.

John Muller: Credit to Liverpool for making it a race, but City are still favorites with a one-point lead and an easier run-in — including home advantage against Liverpool.

Simon Hughes: The international break came at a bad time for Liverpool and I wonder how much that might impact their momentum. That said, games against Watford and Benfica are not the worst opponents to have given the potential options ahead of the all-important fixture at City who, I suspect, many will make favorites at this stage because their run-in is easier. City, however, are under more pressure because the challenge from Liverpool has been unexpected. Will Pep Guardiola’s desire to win the Champions League for the first time in 11 years propel them domestically or their pursuit? I expect the race to go down to the final day and Liverpool, despite my own doubts about them earlier this season, to prove me and lots of other people wrong.

Stuart James: Manchester City, on the basis that I don’t think they’ll lose against Liverpool and, looking at their run-in, Guardiola’s team could win all their other games. Liverpool, though, have been brilliant to put them under this pressure.

Daniel Taylor: Manchester City. Tomorrow I might say Liverpool, then back to City, and then back to Anfield again. My decision is final. There’s so little between them — but City can get away with drawing when they play one another on April 10.

Who will finish in the top four?

Kay: Manchester City, Liverpool, Chelsea and… I’llly say Arsenal. There are still certain questions about how Mikel Arteta’s young team will react when the pressure is on, but they have looked like the fourth-best team in the league. That is to their credit given that the top four looked a distant target for them when the season began.

Muller: When we answered this in January I thought Rodrigo Betancur and Dejan Kulusevski might put Tottenham over the top, but Spurs have been inconsistent while Arsenal are playing some of their best football in years.

Hughes: Liverpool, City, Chelsea and Arsenal. A clear cut top three, while Arsenal have appeared more focused than either Tottenham or Manchester United.

James: Manchester City, Liverpool, Chelsea and Arsenal. Realistically, the only place up for grabs is fourth. The remaining fixtures are kind for both Arsenal and Spurs, but you’re never quite sure what you’re going to get with Antonio Conte’s side.

Taylor: Manchester City, Liverpool, Chelsea and Arsenal. The top three, in whichever order, look a safe bet and at least Arsenal have a bit of consistency. Spurs have lost a third of their games and Manchester United are on course to maintain their fine record of finishing, on average, 20 points behind City every season for all lost a decade.

Which three teams will be relegated?

Kay: Almost certainly Norwich. Probably Watford. I said Burnley at the start of the season, but I keep changing my mind. Maybe I’ll stick with Burnley on the basis that Leeds have pulled out two huge wins in their last two games and Everton look more capable of doing the same when the pressure is on. Newcastle will be fine. Brentford likewise, I think.

Hughes: As you are: Norwich, Burnley and Watford. On any other season, Everton would deserve to go down as well and unless the club sorts itself out, I expect the team to be in a similar position next season.

James: Norwich, Burnley and Watford. Looking at their form and their run-in, I have no idea why I’ve not said Everton. In fact, can I revisit this after Everton play Burnley next week? That game feels huge. The concern I have with Burnley is that they’ve won only three games all season.

Which three games are you most excited to see?

Kay: Obviously Manchester City vs Liverpool on April 10. They are two utterly brilliant teams who have maintained an extraordinary level over the past four years. It won’t be a “decider”, but it will be the most eagerly awaited Premier League match in years. Straight after that, Liverpool face Manchester United and Everton at Anfield. Those games will be huge.

Muller: City vs Liverpool, of course, and the rescheduled north London derby. Poor slumping Brighton outplayed United at Old Trafford until a red card, so I look forward to that return fixture. 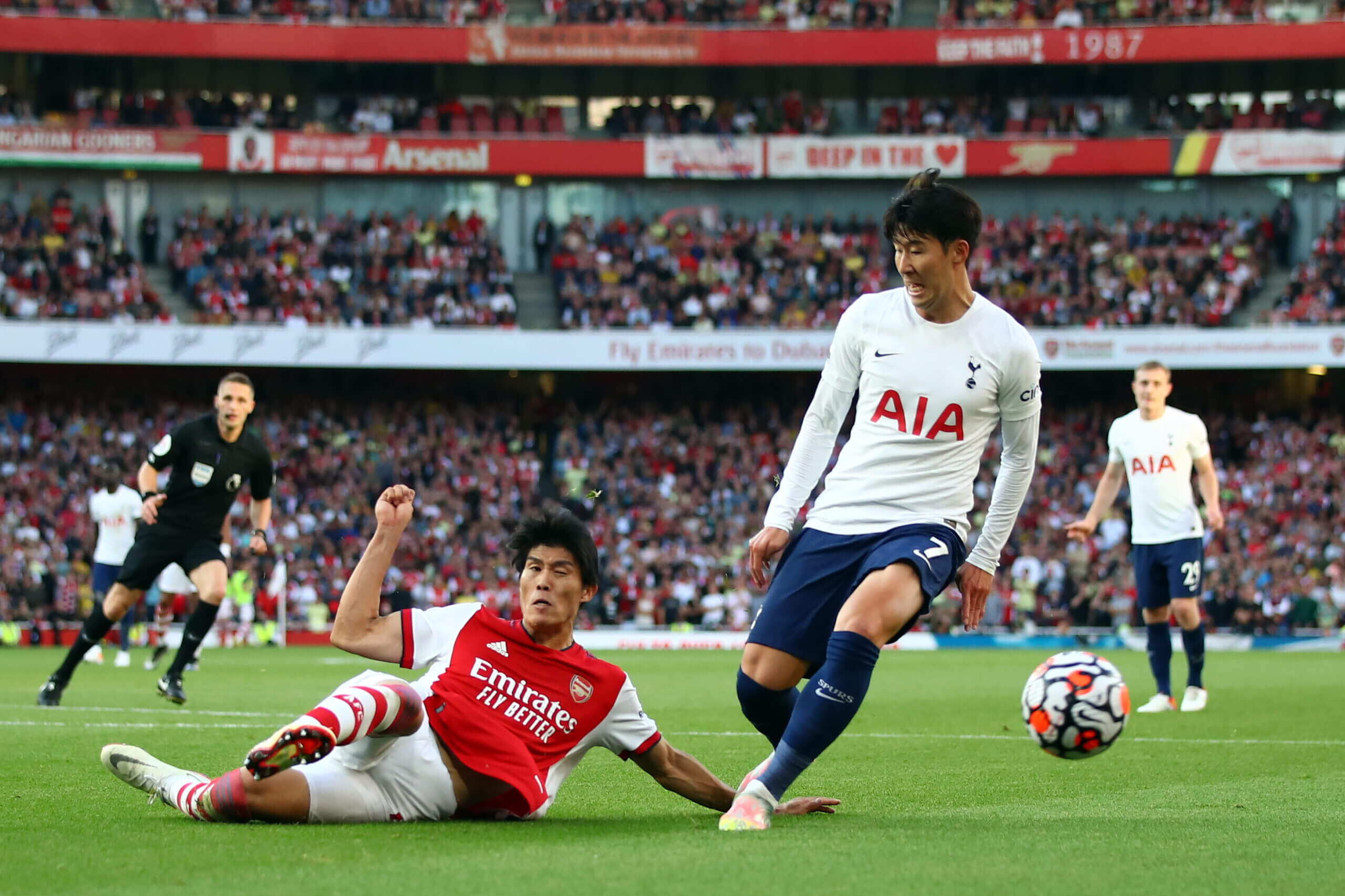 The rescheduled North London Derby will be crucial in determining who will finish in the top four (Photo: Marc Atkins/Getty Images)

Hughes: City-Liverpool, Everton-Chelsea and City-Aston Villa. The first one explains itself. An Everton led by Frank Lampard, I reckon, will need to get something against Chelsea. If it goes down to the wire, City against Villa — led by Steven Gerrard could be very interesting, indeed.

James: Manchester City-Liverpool — doesn’t need any hype; it’s guaranteed to be a brilliant and compelling football match. Liverpool-Manchester United — if United have got anything about them, they’ll want to get some sort of revenge for that total embarrassment at Old Trafford in October; not that I can see that happening. Spurs-Arsenal, for obvious reasons, would be the other.

Taylor: Man City vs Liverpool is the day the rest of football stands still. Liverpool vs Manchester United will be even more tense than usual and Burnley v Everton threatens to be the day that changes the relegation story.

Which manager is under the greatest pressure?

Kay: Not a very fair answer, given that he walked into a terrible situation, but I suppose the correct answer is Lampard at Everton. This is a club that has been in the top flight since 1954 — and for all but four years since they were founded in 1878 — so relegation seems unthinkable even before you consider the financial repercussions under this ownership regime. That’s pressure.

Muller: Leeds seem happy with Jesse Marsch so far, but even if his job is safe, an American replacing a club legend during a relegation fight is under crazy pressure.

Hughes: Lampard. If Everton goes down, it feels like it will be a long way back to the Premier League for both him and the club he currently represents.

James: Lampard. Everton in the Championship seems unthinkable. It doesn’t, though, when you look through their remaining matches.

Taylor: Lampard. Everton are a bewildering club and do not have kind fixtures. Relegation would be a calamity and, for Lampard, a grievous setback. 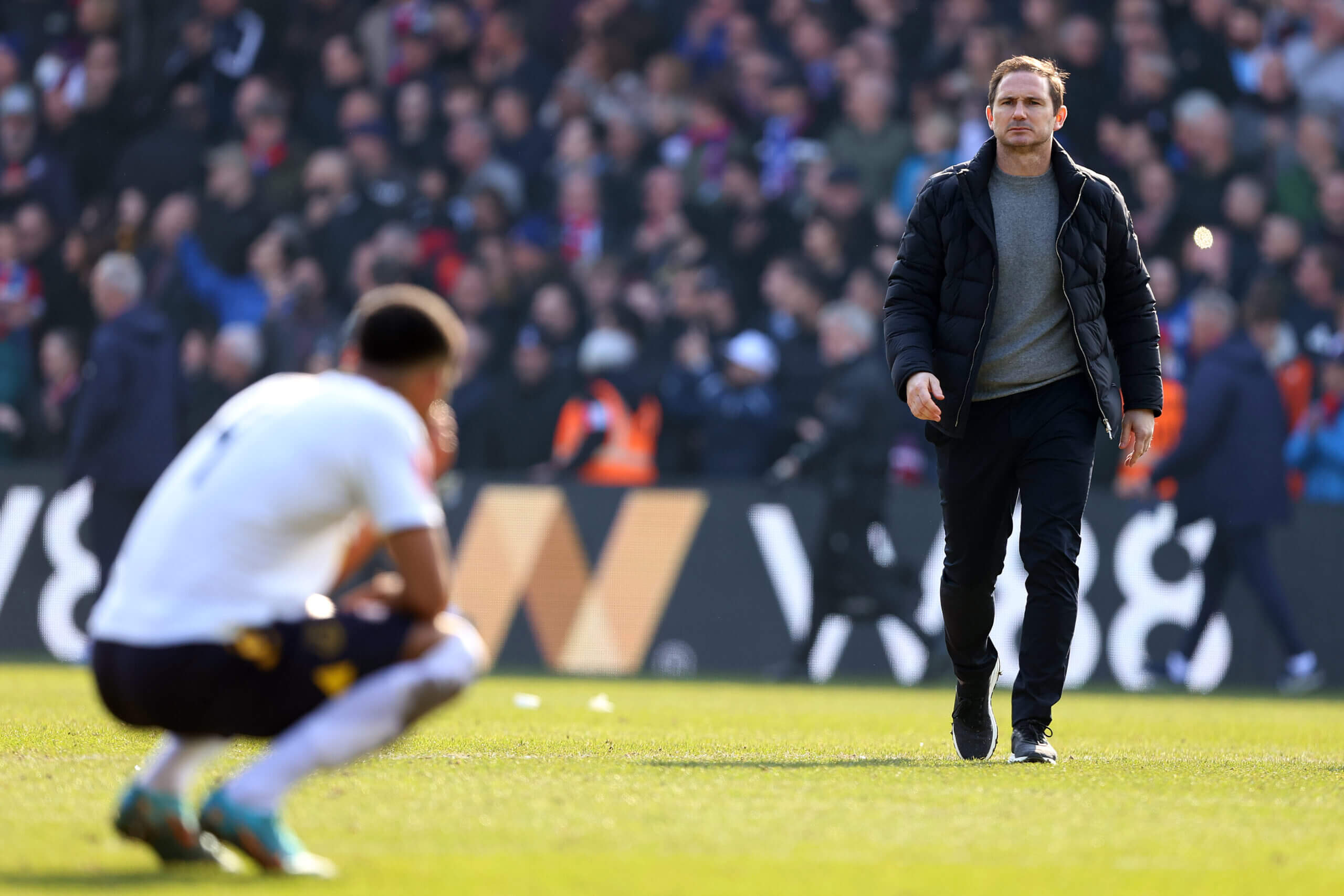 Lampard has had a tough start to life as Everton boss (Photo: Charlotte Wilson/Offside/Offside via Getty Images)

Who is going to surprise us?

Kay: I’m not sure “surprise” is the right word when talking about a £100 million footballer, but I’ll say Jack Grealish. I haven’t been blown away by his impact for Manchester City so far, but surely between now and the end of this season he will step up and make a major, decisive contribution in a big moment when the pressure is on.

Muller: Patrick Vieira’s Crystal Palace have already been one of the pleasant surprises of the Premier League season, so I hope they can finish off a fairytale FA Cup run.

Hughes: Arsenal. Ok, they have spent and they aren’t great. But they aren’t as soft as they once were either. Then again, they’re contending for the top four with clubs whose seasons could at best be described as “chaotic”. Perhaps Arsenal are also fortunate.

James: Wolves and Arsenal. Arsenal have averaged better than two points per game since losing their first three — who saw that coming? As for Wolves, it’s quite feasible they’ll be playing European football next season. Not bad considering the consensus was that Bruno Lage wouldn’t last long.

Taylor: Marcus Rashford. His blip has turned into a full-on slump. It’s a worry for England as well as Manchester United — but he is surely too talented to continue looking this poor.

Brazil head coach Tite admitted his surprise when his technical experts recommended a closer look at Raphinha. The winger was performing with style in his first season at Leeds but