Reflection, Raphinha’s contract and why Sunday felt like his swansong

Christmas last year saw more than one round of talks between Deco and Victor Orta, and Deco never strikes you as the type of man who travels to Leeds for the good of his health. They mapped out the basis of a new contract for Raphinha and, if you revisit the first few weeks of January, many of the people involved in the bartering were confidently describing the sticking points as resolvable.

The main point of discussion, and the aspect on which both parties had to jostle, was the size and nature of a buy-out clause. A provision existed in his current deal to buy him at a fixed price, but only if Leeds were relegated from the Premier League and it was accepted that an improved contract should allow Raphinha, a Brazil international with big aspirations, to leave Elland Road if a club paid enough to activate his release.

Leeds wanted the figure to be as high as possible, to maximise their income if and when Raphinha left. It naturally suited Raphinha for the figure to be as low as possible, to avoid a valuation that made potential bidders think twice. It was a fairly standard procedure for a player of his stock and even as the January transfer window shut, Leeds thought they would find the middle ground. Nothing in the meetings they were having suggested Raphinha or Deco were stringing them along.

Extending Raphinha’s deal, or attempting to, was a tactical manoeuvre in which the reality of his potential was recognised. He was worth far more than the £17 million Leeds had paid for him and the perception of Raphinha as a Champions League player-in-waiting was not in dispute. He had broken into the Brazil squad and, after a handful of international appearances, was the talk of his homeland. The way Leeds saw it, if they could retain him until after this year’s World Cup, there was a possibility Raphinha would shine in Qatar and make the world his oyster. In that scenario, everyone wins: Leeds cash in heavily and Raphinha moves into football’s elite bracket with a shake of hands and no hard feelings.

That was then, though, and it is some time now since anything was said about signing him to improved terms. Leeds have been quietly hopeful that Kalvin Phillips might yet extend his, though the writing will presumably be on the wall with Phillips unless the club stay up this weekend. The collapse of this season culminated in Raphinha seeking solitude after Sunday’s draw with Brighton, perched against a post in front of Elland Road’s South Stand and staring into the middle distance. Phillips saw him and went to speak to him, carrying a cardboard sign saying “Raphinha, make me smile”. Raphinha took it with him when he finally left the pitch. Orta had a few words with him too.

The ground was almost deserted and, in trying to read Raphinha’s mind, the only conclusion was that he did not expect to look out over that pitch again — at least not as a Leeds player. It was Elland Road he seemed to be contemplating, rather than the game that had just finished. The club have another fixture to go at. Their season was revived on Sunday, with survival still possible. It was not like 2019 when the carnage of a play-off defeat to Derby County prompted Pontus Jansson to plonk himself alone in front of the West Stand. Raphinha’s moment of reflection was juxtaposed with what had happened a few minutes earlier — the ground lighting up as Pascal Struijk headed in the most desperately needed of goals. Jansson was accused of seeking attention in 2019. Sunday felt far more like a player saying goodbye.

If he goes this summer, it will feel as if Raphinha’s sale has been coming from the moment a new contract went cold. Deco, his agent, has not been shy in speaking publicly about the winger’s aspirations and there is enough chatter about Deco’s old team Barcelona, ​​in particular, to suggest that someone is actively cultivating that option. Should Leeds go down, they can neither expect to retain him nor recoup his true market value. Should they stay up, it might be the end of the line anyway, but he could not be accused of checking out early or of letting this season drown in its own venom. Even the little friction that developed between him and Marcelo Bielsa in February was understandable as the pressure built. 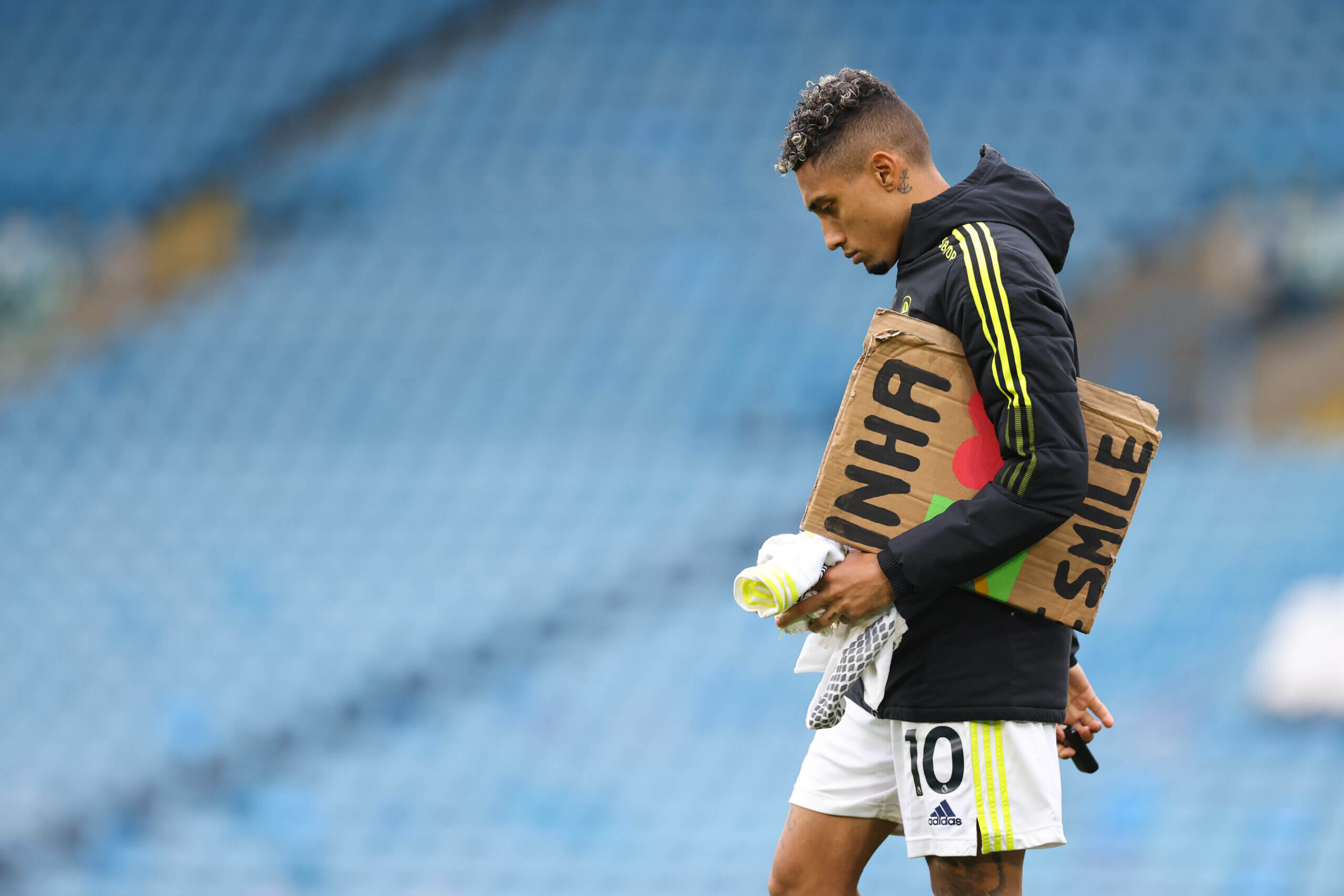 It has been harder and harder for Raphinha to carry Leeds; harder and harder for him to turn on the tap every time they looked at him. He has been helpless this side of Christmas and it is hard to imagine anything annoying him more than the thought of being helpless. “I’ll do my best to make you smile,” he promised Leeds as crowds were returning after the COVID-19 pandemic — and what else are footballers like Raphinha made for? To excite, to amaze, to retire Gary Cahill. Not to slog, to toil or to launch long throws for the touchline. Raphinha can slog and Raphinha can scrap, but the point of buying a Ferrari is never to take it to the supermarket.

The will was undiminished on Sunday and so was the persistence. In body and spirit, Raphinha was still in town. He does not give off the same vibes as the Leeds player who, many years ago now, cleared out his locker at Thorp Arch in the week before the final game of the season and told staff there he would not see them again, even though no club had actually tabled a bid for him. It would make it far easier for Raphinha to move on if the worst happened to Leeds. But at least you can see that the worst happening to Leeds would emotionally do him in.

Bielsa had it right about football (as he had it right about most things). The most valuable thing about the sport is the way it provokes happiness in people. Sometimes it provokes happiness in people who cannot find it elsewhere. Read a bit about Raphinha and you understand why he found it in football: the favelas, the hard knocks, the friends he lost to crime, jail and death. Life in a beleaguered squad is hardly the same, but everyone needs enlightenment.

One day Leeds’ drive seems insatiable. The next Bielsa is gone, the tightest of projects has fallen apart, the smiles are gone — despite the cardboard cut-outs — and relegation is trying to move in. Raphinha might have left this summer regardless because truly, what’s not to like? What Elland Road wanted was one more sight of him as they admired him; not melancholy and lost in thought.

Jesse Marsch was down on the floor but Leeds United were staying up. After a chaotic afternoon of phantom celebrations, west London whispers, VAR interventions, a red card and Brentford