Premier League: Title, top four and relegation are ALL still to play for on final day

There’s nothing worse than getting to the Premier League final day – billed as the most exciting, nerve-shredding day of the campaign – and having half the players already dreaming about their holidays.

That’s been the case in the last couple of seasons – with the title often wrapped up early and the relegation picture a closed case on a number of occasions too.

In last year’s season-ender, only European football was left at stake – with Chelsea and Liverpool holding off a challenge from Leicester City to finish in the top four.

West Ham took the Europa League spot, while Tottenham grabbed a place in the inaugural UEFA Conference League in a pretty tame end to a chaotic season ravaged by Covid-19. This year, however, there will be no lingering eyes – you won’t want to miss this one, with almost every major honor and achievement up for grabs.

Manchester City and Liverpool are still vying for the title with just one point separating them, while the top four race is open too as Spurs battle Arsenal. Then there is the Europa League and the Conference League, with Man United and West Ham set to determine which team plays in which.

And at the bottom, it’s down to Burnley and Leeds to fight it out for survival after Everton sealed their Premier League status by beating Crystal Palace.

Sportsmail gives you the low down on what each team competing on the final day needs to achieve their goals ahead of a nail-biting finish. 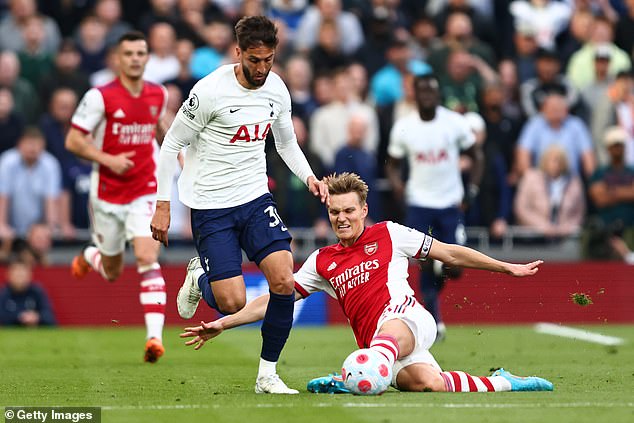 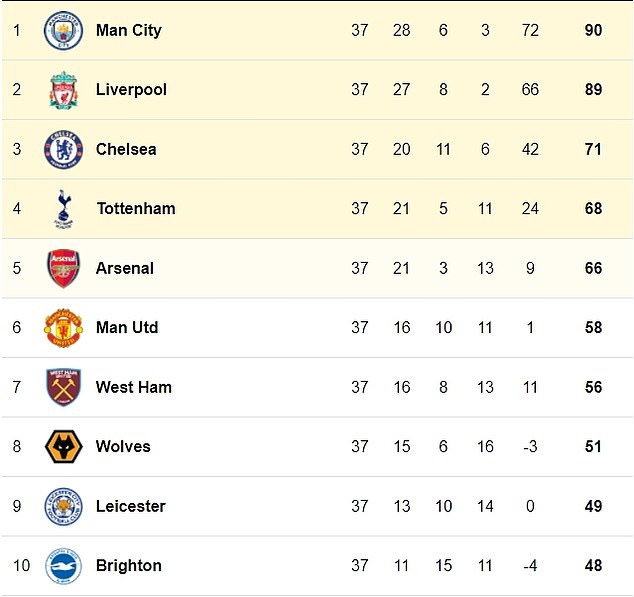 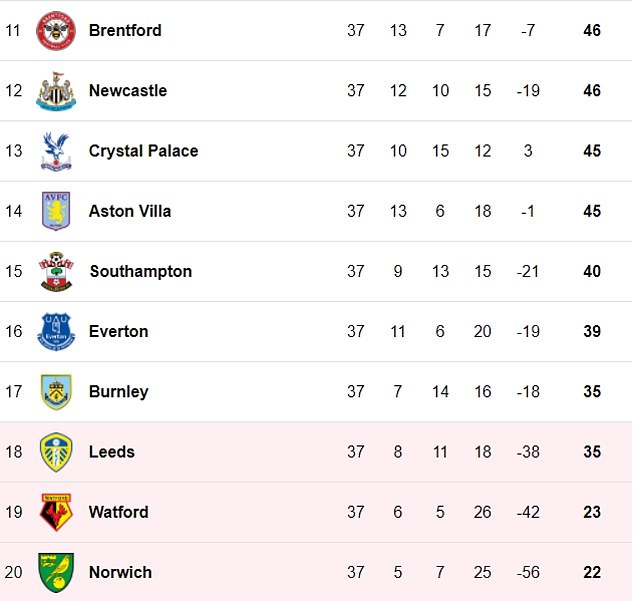 Liverpool’s nervy 2-1 win over Southampton in midweek ensured that, for the first time in two seasons, we will go to the final day to decide the title, with the Reds just one point away from Man City.

The last time the title race went to the wire was in 2018-19 when – you guessed it – Liverpool and Man City went head to head, and Jurgen Klopp’s men agonisingly missed out on the crown by a point despite registering an incredible 97 points.

Liverpool have put in a colossal shift to reduce City’s 14-point lead they had amassed in January but will need them to slip up at home to Aston Villa.

City know that all they have to do is match or better Liverpool’s result when they play host to Wolves at home.

Pep Guardiola’s men have a far superior goal difference to Liverpool – on 72 compared to their 66 – meaning even if they were to lose to Steven Gerrard’s men, a draw against Wolves would not be enough.

Only a win will do, so if City draw with Villa then Liverpool will have to come up with the three points or the trophy will be going to the Etihad once again. 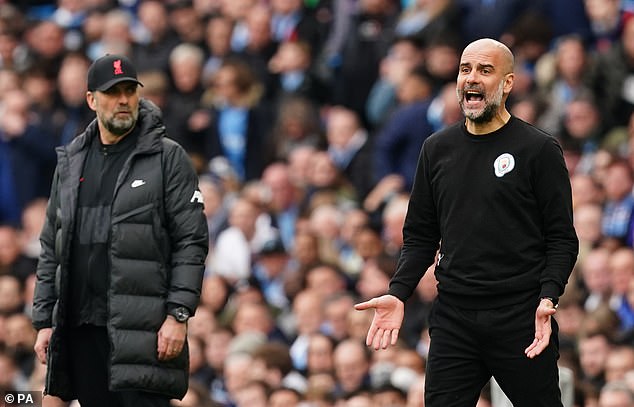 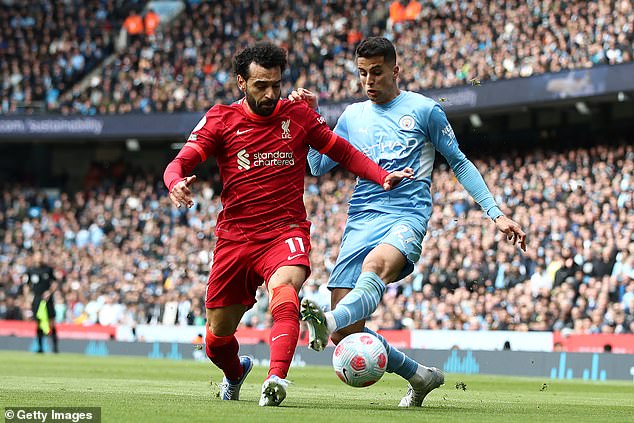 Man City and Liverpool drew 2-2 when they faced each other last month, ending a run of 10 straight wins for Klopp’s side.

After that game, they won four in a row – including a 4-0 hammering of Manchester United – before Tottenham dented their title hopes with a 1-1 draw at Anfield.

Man City, meanwhile, drew 2-2 at West Ham last weekend to make things interesting, though the title is still very much in their hands.

Before that they had been on a run of five wins in a row – scoring 24 goals in the process, leaving little hope that Aston Villa can do Liverpool a favour.

Liverpool will feel the pressure is all on City – who are yet to clinch silverware this season, while the Reds have two in the bag and also have the Champions League final against Real Madrid to look forward to.

BATTLE FOR THE TOP FOUR

This race looks like it’s already been run. Tottenham slipping up against already-relegated Norwich when they only need a point would be one of the biggest shocks in recent years, but you cannot write it off given the club’s history of being ‘Spursy’.

Antonio Conte’s men have a two-point advantage going into the final day clash, against a team who have lost five of their last six matches and are preparing for next season in the Championship.

They’re also up against a Canaries side that have let in 21 goals in their last seven games, while Spurs have netted 22 in the same period.

All the omens point to a Spurs win – especially given that Son Heung-min will be hungry to grab the extra two goals he needs to win the golden boot.

However, in the Premier League nothing is certain and Arsenal – still a wounded animal after losing 2-0 to Newcastle at St James’ Park – will be looking to do their job and get the win over an Everton side who will be in party mode after securing their Premier League status. 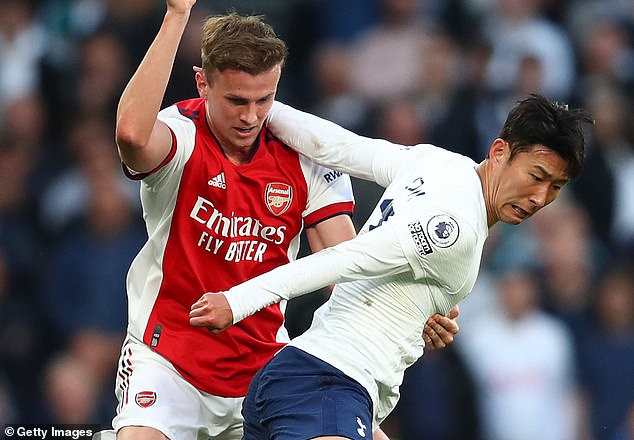 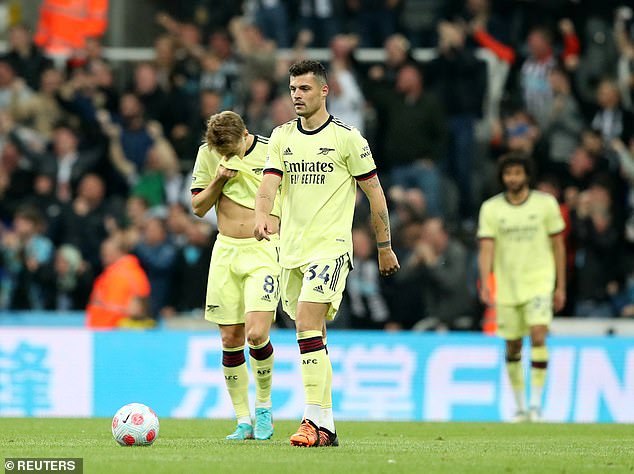 Like Liverpool, Arsenal have to win and hope Spurs lose. The Gunners could mathematically seal a top four finish if they can beat Everton and Tottenham draw to Norwich – but they’d have to spank the Toffees 16-0 due to their inferior goal difference. Spurs are on 24, with Arsenal on nine.

Arsenal looked like clear favorites for the top four when they led Tottenham by six points back in March but they displayed sketchy form since then – losing three in a row to Palace, Brighton and Southampton in April.

They turned things around with four successive wins – including impressive victories against Chelsea and United – before falling to a 3-0 loss in the crucial North London Derby against Tottenham.

Spurs followed that up with a 1-0 Burnley to put themselves on the brink, while Arsenal fluffed their lines against Newcastle – when a win would have put their top four destiny in their hands.

RACE FOR THE EUROPA LEAGUE

Reaching Europe’s second-tier competition isn’t quite as exciting or as lucrative as qualifying for the Champions League, but you can bet both Man United and West Ham United will be doing anything to avoid having to play in the Conference League.

Man United currently occupy sixth place, which will be good enough to land them a spot in the Europa League – a competition that West Ham did well in this year, reaching the semi-finals.

They are two points ahead of West Ham, who are seventh as things stand, meaning they would miss out on a top six finish if they lost to Crystal Palace on Sunday and West Ham beat Brighton away.

However, United trail the Hammers on goal difference – with Ralf Rangnick’s side on just 1 compared to West Ham’s 11, such has been their inconsistent campaign so far.

That means United could still miss out on a top six finish if they drew to Palace should West Ham win at Brighton. 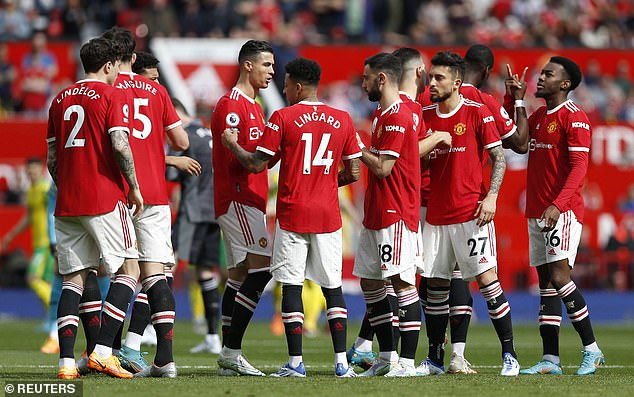 Manchester United can only hope for Europa League football after a dismal campaign, but must win their last game at Crystal Palace to prevent slipping to the Conference League 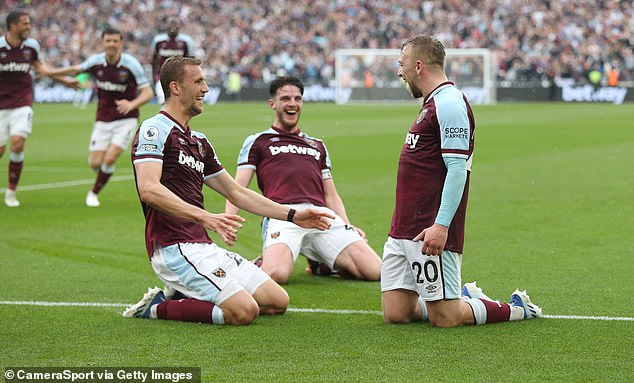 United have endured a poor season and went from being favorites for the Premier League title to not qualifying for the Champions League.

Neither side will want to play in the lesser competition, the Conference League, given the far flung destinations they may have to travel to.

They’ll also be up against a string of teams who will be relatively new to European football, while the Europa League is at least competitive and offers a route into the Champions League.

It’s a reputable competition and one that incoming United boss Erik ten Hag would prefer to be in to give him the best chance of winning a trophy and getting back in the top four.

Having said that, West Ham boss David Moyes may fancy his side’s chances of winning the Conference League should they be forced to settle for seventh.

This year’s relegation battle has been one of the fiercest in years. Each of the bottom five teams in the table have changed their managers – with Watford sacking two managers – but two teams have already bitten the dust.

Norwich – who sacked Daniel Farke for Dean Smith – had their fate sealed at the end of April, while Watford were sent down in the first week of May.

After Everton batted away fears of relegation with a stunning 3-2 comeback win against Crystal Palace, Burnley and Leeds are all that remains of the Premier League survival scrap.

Burnley looked to be a sinking ship under former boss Sean Dyche, before he was sacked after ten years in the job, with coach Mike Jackson stabilizing the team and winning the manager of the month award following three wins in four. 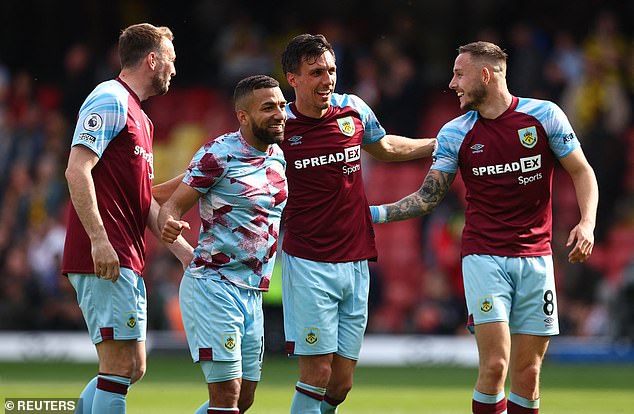 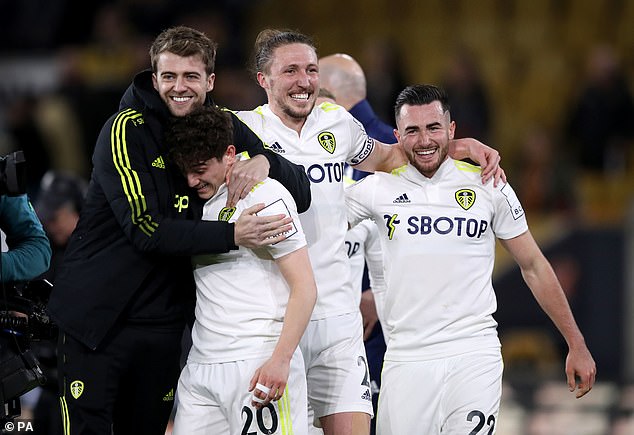 However, back-to-back losses to Aston Villa and Tottenham has plunged them right back into the mix, and they were held to a 1-1 draw in their second game in as many weeks against Steven Gerrard’s men this week.

Leeds, meanwhile, have already sacked Marcelo Bielsa and replaced him with American coach Jesse Marsch – who did not monitor an immediate upturn in results before a run of three wins in four between March and April.

His side were then beaten heavily by Man City and also lost to Arsenal and Chelsea during a difficult run. Their relegation shootout with Burnley is all the more dramatic on Sunday given that both teams are on level points – with each on 35 – so it will be whoever blinks first goes down.

Burnley – who play Newcastle at home on the final day – have upper hand given they boast a superior goal difference with -17 compared to Leeds’ 38. Marsch’s men face a tricky trip to Brentford, who will be pushing for a top half finish after exceeding expectations and avoiding a relegation battle themselves.

Forget that glorious fortnight in May of 1985 when Everton wrapped up the First Division title and European Cup Winners’ Cup double. Tonight is far more important. While becoming one

Bike rides around the idyllic lakes where he grew up, a career-accelerating teenage growth spurt and a lockdown training retreat with his brother: Meet the ‘Medford Messi’ Brenden Aaronson as