Sead Kolasinac signed an 18-month deal with Marseille when his contract with Arsenal was cancelled.

Now, just six months later, they want rid of him.

Described as ‘incredibly disappointing’ by Get French Football News, who confirmed the Ligue 1 side’s desire to move the 28-year-old on, Kolasinac made 17 appearances for Marseille, grabbing one assist.

He did not play the full 90 minutes once.

Currently valued at around £2.7m, it’s not clear if Marseille will seek to sell Kolasinac or if they will do what Arsenal did and just cancel his contract.

Sead Kolasinac has come to the end of his Arsenal adventure as he signs for Marseille with a mutual agreement to terminate his current contract in place.

Before confirmation could come from Arsenal, Marseille had Sead Kolasinac listed in their squad on their website and have announced his arrival: 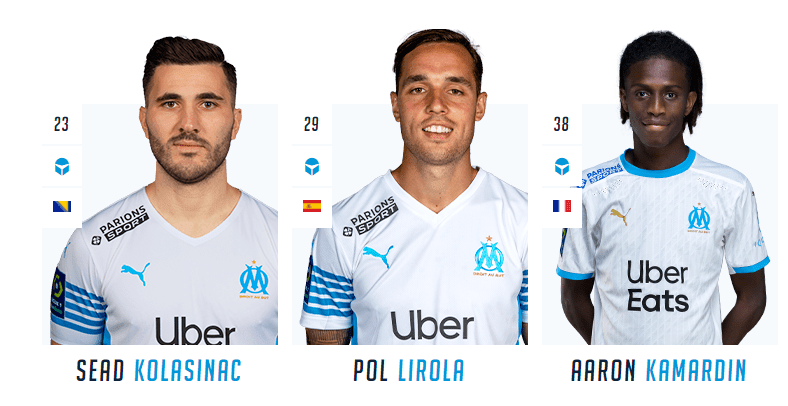 A statement on their site said, “Olympique de Marseille have reached an agreement with English club Arsenal FC for 28-year-old Bosnian center-back Sead Kolašinac. Following the success of his medical visit, Sead signed a contract with the Olympian club until June 30, 2023.”

Arsenal, meanwhile, said, “The 28-year-old defender who joined us from German side Schalke in June 2017, has become a free agent with his contract being terminated with immediate effect, and has joined French Ligue 1 side Olympique Marseille.

“The Bosnia and Herzegovina international, who spent the second half of last season back on loan with Schalke, made 116 appearances in all competitions during his time with us.

“Spending six seasons in Schalke’s first team squad, Sead was named in the Bundesliga Team of the Season for 2016/17 before signing for us that summer. He made an instant impact, scoring on his debut against Chelsea in the FA Community Shield, a game which ended 1-1, with us winning on penalties.

“The left-sided defender, who featured at the 2014 FIFA World Cup, won the FA Cup with us in 2020, coming on a late substitute in the 2-1 victory over Chelsea.

“Everyone at Arsenal would like to thank Sead for his contribution to the club since he joined us in 2017 and wish him all the best for his future.”

Just last week, Mark Mann-Bryans reported that Sead Kolasinac was expected to leave Arsenal this month, likely on a permanent basis given his expiring contract.

Marseille, at the time, were the favorites to pick up the Arsenal defender, and talks were ongoing.

Things advanced on Tuesday , with Kolasinac having his medical at Marseille.

Ryan Taylor said over a week ago that the likelihood is that Kolasinac will leave by mutual termination of his Arsenal contract, which is in its final six months.

At that point, he could sign for Marseille on a free transfer and it seems that is what has happened.

Translated, that tweet says, “Kolasinac is in Marseille and will quickly sign his contract with OM according to our information. The Bosnian defender has been released from his current lease by English club Arsenal.”

Kolasinac’s contract has been terminated by mutual consent and he will join Marseille as a free agent.

He leaves Arsenal after almost five years at the club. pic.twitter.com/uekAp0NC2y

Guendouzi’s move contained an obligation to buy, so he’ll be gone in the summer, but the current plan is for Saliba to return to Arsenal.

With Guendouzi and Saliba impressing in France, it’s perhaps no surprise that Marseille would look to return for another out-of-favor Arsenal player.

Watford were previously in the mix, and the Watford Observer reported that the club had held initial talks with Arsenal over a potential loan.

The talks focused on a temporary switch with shared wages, but they were far from conclusive. The player’s wages were an obstacle, even shared.

Marseille now seems like the much more likely destination for the player, who returned to the pitch at the weekend after recovering from injury.

LONDON, ENGLAND: Jack Wilshere during the STATSports event on May 24, 2022. (Photo by Stuart MacFarlane/Arsenal FC via Getty Images) Former Gunner Jack Wilshere returned to Arsenal this season to

Hello all! The transfer window is open and the fact that we’re going about our business with speed is heart warming. But I’m sure none would dispute the fact that