Leeds: Marc Roca is set to light up Jesse Marsch’s side with ‘hard work and good positional play’

Marc Roca may not be the quickest of players but for Leeds United’s new £10.4million signing, the game is all in the mind.

A deep thinker, advocate of meditation and avid reader, the Spaniard, who is joining from Bayern Munich, recommends Awaken the Giant Within by American motivational guru Tony Robbins as his go-to book before bedtime.

It’s a stirring philosophy Leeds supporters will be hoping he can transfer to the pitch after the 25-year-old failed to have his desired impact on the Bundesliga.

For Leeds United’s £10.4million signing Marc Roca, the game is all in the mind

Roca arrived in Bavaria from Espanyol with great expectations in 2020 amid interest from Barcelona and Arsenal. He models his game on former Liverpool maestro Xabi Alonso, however, a combination of injuries and stellar competition meant the majority of his time at Bayern was spent in the first team shadows.

His mentality has never been in question but speed and intensity sometimes are.

‘He can compensate for his weaknesses with good positional play,’ insists Bayern coach Julian Nagelsmann. ‘He is very hardworking and always willing to listen.’

That said, Nagelsmann preferred to leave Roca on the bench until giving him a surprise start against Stuttgart last December. A 5-0 win ensued and a contrite Nagelsmann admitted: ‘I praised him in the dressing room.

‘I don’t usually praise individual players in front of the others but he deserved it. The way he fought and gave everything was impressive. I love the kind of players who prove the coach wrong and show it was a mistake not to play them often.’ 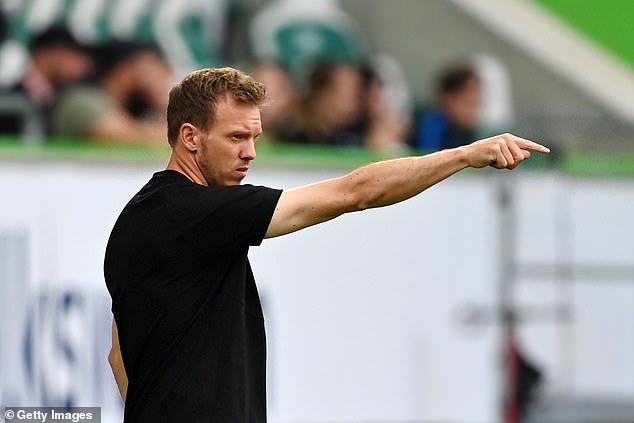 Such resilience was forged as a boy growing up in Barcelona taking tips from elder brothers Pere and Eric who became his biggest critics.

‘When I started with the Espanyol professionals,’ said Roca, ‘I had phases with little playing time. I didn’t understand that, I was frustrated and often couldn’t accept it.

‘That’s when I started reading books about personal development, overcoming and psychology like ”Now – the power of the present”. I love it because the books teach you to take positive things out of all situations.’ 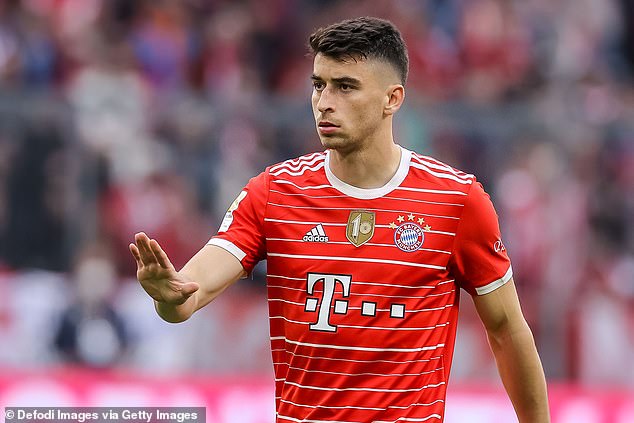 ‘I’ve been working on it with a coach for four years. You don’t have much time to think on the pitch, by the time you get the ball, you have to know what to do.

‘So it’s good to hide everything else; the thoughts of the pressure, of the expectations, of anything that weakens the focus on the game. So before training and playing, I do breathing exercises to clear my head.’

Roca threw himself into the German lifestyle: learned the language, put on much-needed muscle to the delight of the German tabloid press, who charted his progress on Instagram, and rented an apartment with girlfriend Gala on the edge of Englischer Garten, a Munich park where he ran and exercised his beloved pet dogs.

Roca even gave up his dream of playing for Spain at the Tokyo Olympics last summer to make an impression on Nagelsmann in pre-season though little avail. The experience on the bench has tested his psyche but fortunately he has been prepared. 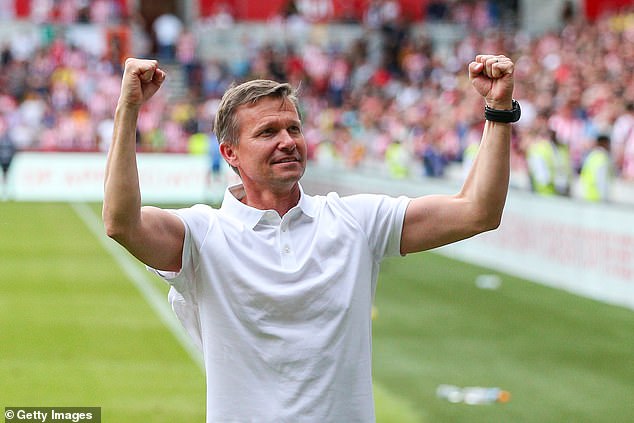 ‘Yes, the concept is called mindfulness,’ Roca told Bild. ‘I’ve been working on it with a coach for four years. You don’t have much time to think on the pitch, by the time you get the ball, you have to know what to do. So it’s good to hide everything else; the thoughts of the pressure, of the expectations, of anything that weakens the focus on the game. So before training and playing, I do breathing exercises to clear my head.’

So as the Spain U21 international heads for his medical this Friday, what exactly are Leeds getting?

‘Roca plays like a quarter-back,’ says former Bayern technical director Michael Reschke. ‘He has good passing, short and long range, his technique is good and he has a good mentality. Defensively, he is very aggressive in one on one situations and brings a lot of emotion to the team. He was certainly well respected by his teammates. The one downside perhaps is that he could be a little stronger.’

Three months on from a day of legal claims and counterclaims, the case of Jean-Kevin Augustin is still in the hands of the Court of Arbitration for Sport. In keeping