By Nick Harris and Rob Draper for The Mail on Sunday

Leeds and Burnley have stepped up the pressure on the Premier League to investigate Everton’s finances, writing to the governing body to ask that the Merseysiders are required to retain all financial information that would be pertinent to an inquiry.

The two clubs, who are locked in a fight to stay in the top flight today, have told the League they believe Everton have breached domestic financial fair play (FFP) rules.

Everton are also under pressure to explain how they claimed Covid losses of up to £220million tally with their declared ‘Covid impact’ figure of just £82.1m.

Leeds and Burnley are pushing the Premier League to establish an independent commission in the next five weeks to decide if Everton have broken Premier League financial rules, which are in place to ensure sustainability.

The relegation-threatned clubs have followed up their initial correspondence with a second letter asking that the Premier League is mindful that all potentially relevant records, including phone messages and emails, are retained.

Everton secured their survival with a dramatic 3-2 win over Crystal Palace on Thursday but there is support for Burnley and Leeds among other Premier League clubs. The two threatened clubs have formed a pact and whichever club stays up today will continue to pursue the matter in Premier League shareholder meetings. 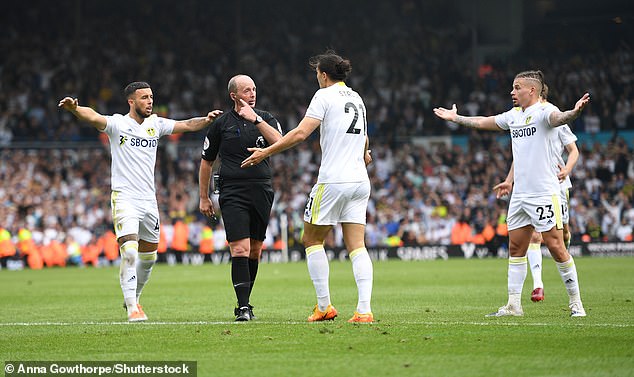 Both clubs have reserved the right to sue for compensation of up to £200m if Everton are found to have broken the Premier League’s Profit and Sustainability rules, which allow for a maximum £105m losses over three years.

Everton, under owner Farhad Moshiri (right), recorded losses of £371m over three years but because of the Covid season, the rules have been made temporarily more lenient to allow for pandemic losses.

In addition, clubs can write off any spending they make on new infrastructure projects. Everton, who are building a new stadium at Bramley-Moore Dock, have said: ‘We have worked so closely with the Premier League to make sure we are compliant, we are comfortable we have complied with rules.’

Clubs are allowed to lose a maximum of £105m over a three-year rolling period, although Covid-related losses can be written off in addition, as can outlay on infrastructure, youth development and other ‘good’ spending. In the three recent completed seasons, or from the pre-pandemic 2018-19 to the 2020-21, Everton have lost a cumulative total of £372.5m, three-and-a-half times as much as allowed. 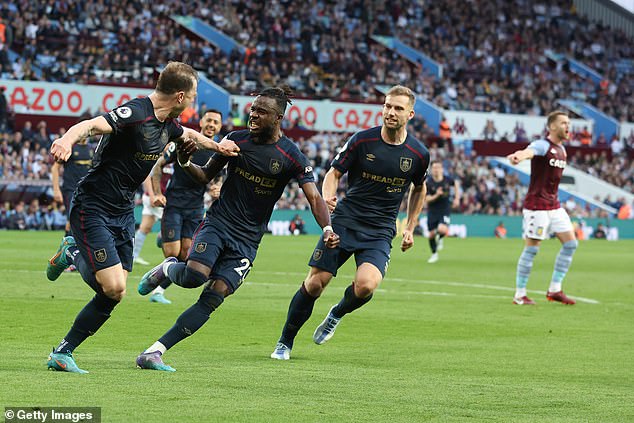 The club’s 2020-21 accounts paint a confusing picture of how much was lost for Covid-related reasons. In the introductory section, the report says: ‘Losses of at least £170m are attributed to the impact of Covid-19, with further market analysis indicating that figure could be as much as £50m higher. For the financial year covered by these accounts, £103m losses are associated to the pandemic.’

Yet in a detailed breakdown table, Covid-related losses for 2019-20 and 2020-21 combined are stated at £48.4m, and Covid-related additional costs are £33.7m, for a ‘combined Covid-19 impact’ of £82.1 m. The gap between that figure and the potential £220m implied earlier, Everton claim, can be explained by other ‘uncrystallised Covid-19 pandemic related losses arising from the significant deterioration in the player trading market’.

In other words, and as Everton go on to imply, without Covid they would have been able to sell players for big sums and get some high wages off the books, increasing income and cutting costs.

‘The club is continuing to assess the uncrystallised financial impact caused by the Covid-19 pandemic and the board of directors strongly believe that a further substantial financial loss, not reflected in the £82.1m [figure] has been incurred by the club,’ the report says.