‘He has a lot of wisdom’: Jesse Marsch has revealed Leeds legend Eddie Gray has been helping motivate his squad ahead of their do or die final day of the season clash with Brentford… as they desperately look to avoid relegation

By David Coverdale For The Daily Mail

As Leeds prepare for the match which will define their future, a figure from their past has been on hand to remind the present players just what is at stake.

Eddie Gray has been at the center of most of the biggest moments in the club’s history, from playing in the team that won two League titles and an FA Cup under Don Revie, to managing the last side to be relegated from the top flight in 2004 .

So it was no surprise the Leeds legend did not want to be left out this week, turning up unannounced at Thorp Arch on Thursday to take in training and impart a few words of wisdom to boss Jesse Marsch and his relegation-threatened team. 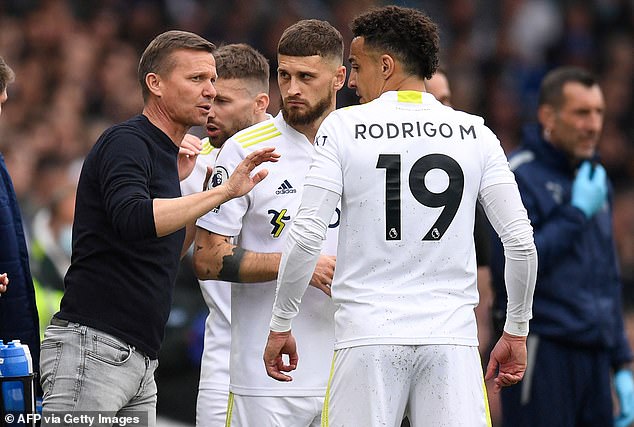 ‘It was great having him here and really nice for me to have that experience,’ said Marsch ahead of Sunday’s do-or-die visit to Brentford.

‘He didn’t come to give a talk but he was at the side of training and had a conversation with a couple of the guys.

‘He has a lot of wisdom and has been very generous with me. We talked everything from what this club means to the community, to what it is like to represent Leeds United. He is incredibly positive. 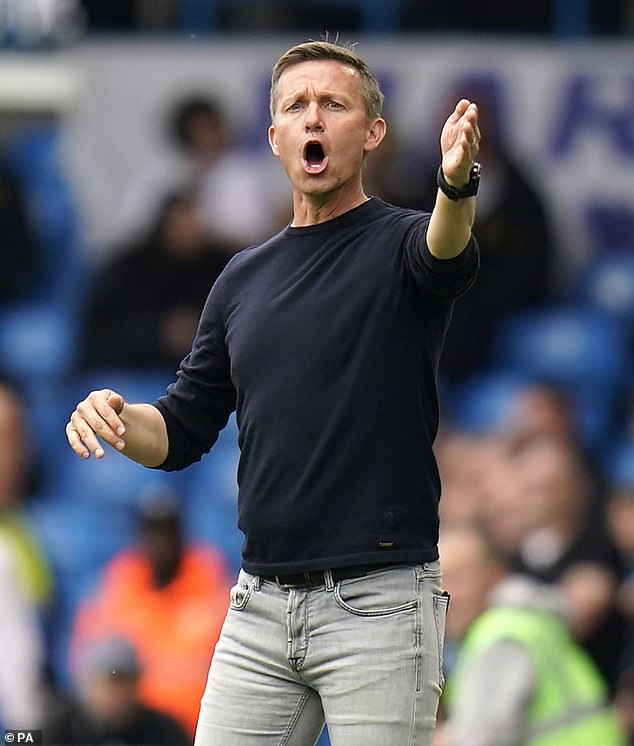 ‘He told me that in the old stadium at Brentford it was always incredibly difficult to play there.

‘With the newer stadium, it is really nice but the energy is not as powerful and maybe it’s a little bit easier to play there now.

‘But we will expect Brentford to be at their absolute best.’

To secure their Premier League status, Leeds must get more points than Burnley, who host Newcastle on the final day.

And Marsch is upfront about what relegation would mean for the Whites – namely the likely departure of international stars Raphinha, Kalvin Phillips and Patrick Bamford.

‘I haven’t gone through player by player what the consequences will be, but I am aware there are always changes and the best chance to keep the core of the group together is to stay in the league,’ said the American, who could have Bamford back from his foot injury at Brentford.

‘A big part of my personal motivation is to continue the relationships I have here. I have really enjoyed working with the group and would hate to see some of the guys go. I don’t need any reminder of how important this game is.’

Marsch watched Everton seal their survival on Thursday night with their dramatic comeback win over Crystal Palace and admitted some of his players were ‘p***** off’ yesterday morning.

But he added: ‘I actually slept pretty well because I have a lot of confidence in the group.

‘We are excited for this challenge. I never came here to think it would be easy. I knew we’d have to fight for everything. We know we have to be at our best.’