Is this what fear looks like? The psychology of being in a relegation battle

The eye test registers costly mistakes everywhere for Everton this season. So do the statistics.

In this Premier League campaign so far, five players have made more than one error that directly led to an opposition goal. Three of them are Everton players.

Turn the current league table upside down, shake it a bit, and you have the list of clubs ranked by errors leading to goals. Everton sits ingloriously at the top with nine. In second, fellow strugglers Watford have five.

Now look at the Everton players after the final whistle on Wednesday. Crestfallen. Hollow.

All of this — is this what fear looks like on a football pitch?

He admitted that the errors are mounting up and that the damage is incrementally worse with each one. But, he said, mindset matters.

“In times of tension, sometimes mistakes can happen more,” he said. “All you can do is prepare well for the game… Mistakes all feel like they lead to goals at the moment.”

Earlier in the season, after the FA Cup quarter-final shambles at Crystal Palace, the Everton manager suggested that resolving the internal flaws affecting his team is a daunting task.

“My job title is quite vast as a manager,” he said after that game. “But to get inside heads and change that with the flick of a switch is not possible.”

But are these mistakes the uncharacteristic effect of fear and pressure, or simply players who are not good enough?


Jarrad Branthwaite shows his frustration at the end of the Premier League match against Burnley (Photo: Clive Brunskill/Getty Images)

Experts feel that the former explanation can certainly apply for top-level athletes — even experienced footballers used to the highs and lows of the game.

Players can react in two different ways to the heightened pressure of a relegation battle, according to Dr Robin Owen, a sports psychology expert at Liverpool Hope University.

“It’s clear that anxiety and fear can impact on skill performance like football,” he says.

“The first way is that anxiety manifests as worries in the athlete’s head — consciously or subconsciously. So maybe they are thinking ‘This [losing or relegation] It will be really bad for the team, or for the fans, or for my finances and family’.

“Those thoughts might float about in the player’s head during a game and when they are spiked by anxiety they become dominant and hard to ignore, leading to distraction. It also takes up so much mental energy it can mean less cognitive resources to dedicate to the task at hand.”

The other negative consequences can be attributed to an effect called conscious processing, which is part of reinvestment theory, when players start thinking about skills, such as clearing a ball or shooting, that they would normally do automatically.

“It is partly a coping strategy, but it interferes with the performance and automatic movements are no longer that because the player is consciously processing them.” 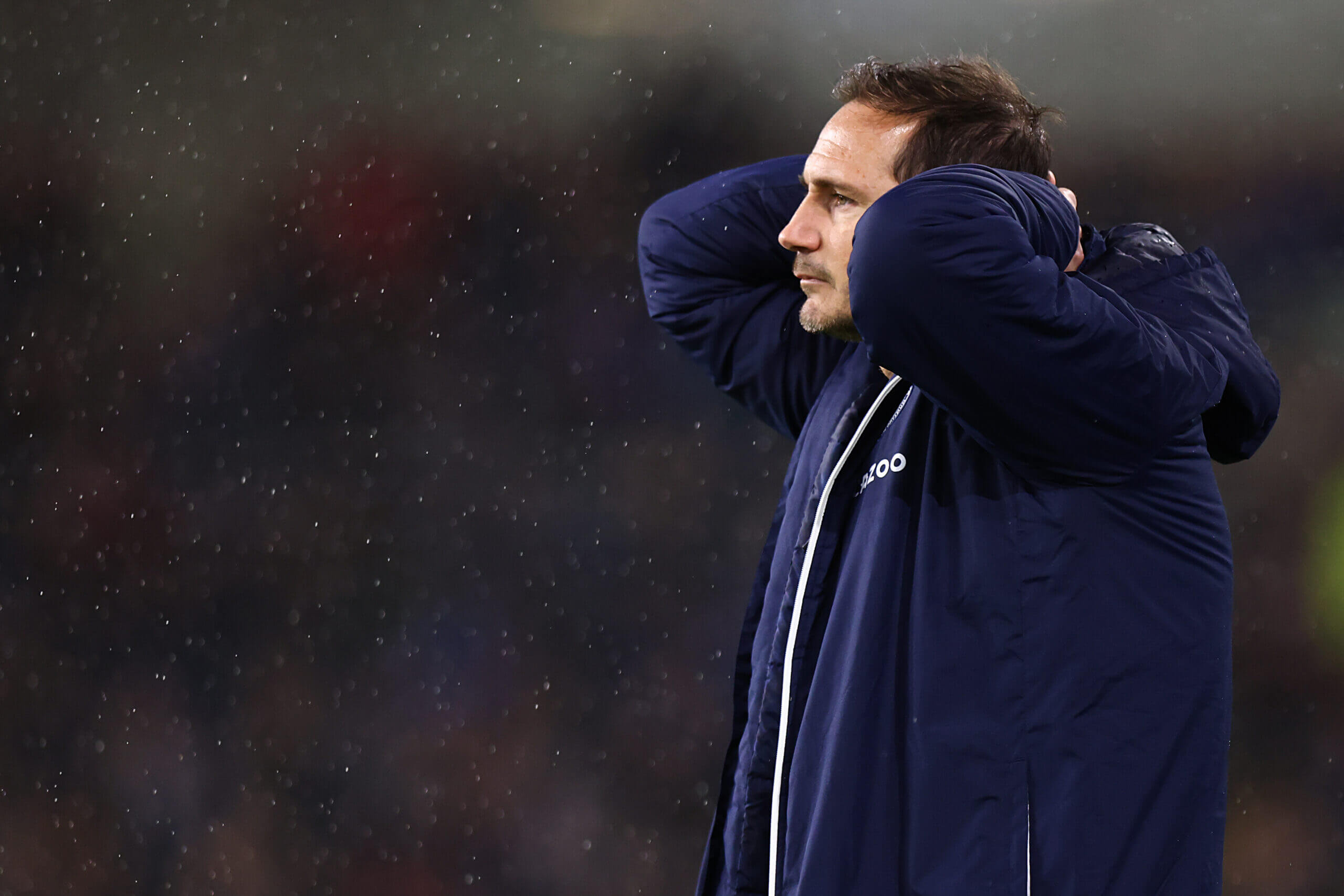 So what can Lampard and his players do about it? “Trust they are prepared,” says Dr Owen. “Then remember, if they do what they always do, the results will come. They need to treat even a relegation decider like a normal situation.”

The Athletic Spoke to one prominent performance coach formerly at a Premier League club, who said that a simple attempted solution — bringing in an external mindset coach — may not work.

He said the situation could be delicate and that it may imply the manager is not doing his job properly, something that might disempower him. He added that some elite players can be slow to trust an external voice, and that in order to work such sessions would need a longer period of time than that which is available to Everton.

It doesn’t mean it’s not worth trying anything. He added that Godfrey’s mistake before Maxwel Cornet’s winner at Turf Moor was so out of character, it could reflect a downward cycle of pressure-related errors. 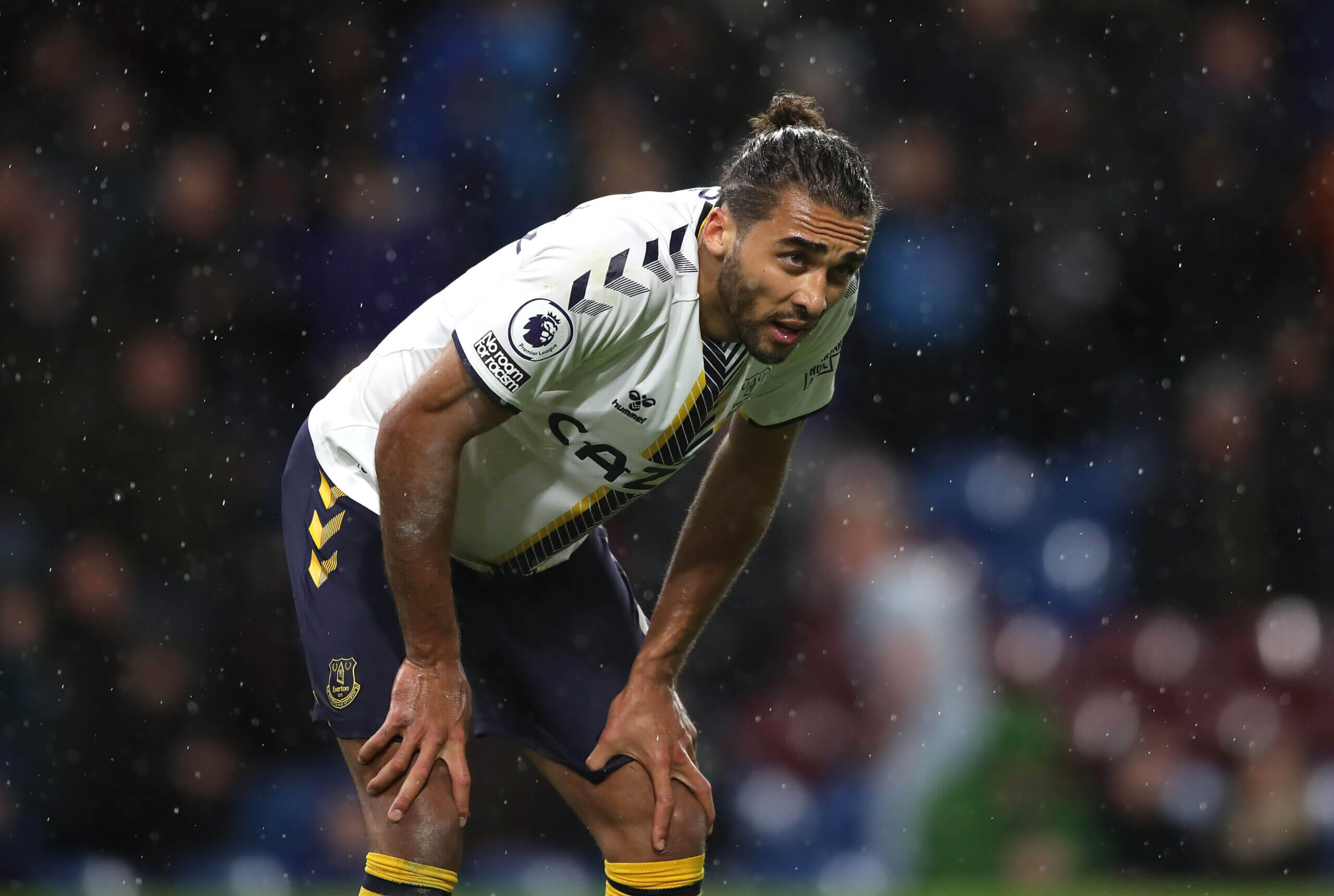 When Nedum Onuoha was at QPR in 2014, the club brought in England rugby star Jonny Wilkinson’s renowned mentor and performance expert Steve Black to speak to the players about the pressure of their fight for promotion to the Premier League. Onuoha, though, remembers it having less impact than Joey Barton, who pushed for the session, had hoped.

“Some of the stuff he was saying was good but I find with sports psychology it’s different from actively pursuing it yourself privately and being told you have to have it in a group,” he says. “We’re all sat there, 20 players in a meeting room, doing visualizations with our eyes closed and some of the lads are opening their eyes to see if everyone else is doing it.

“It’s probably not as simple as getting someone in and it’ll work for everyone.”

Onuoha says he feels for Everton’s players in their current predicament — but warns that a pernicious culture could develop that would make things worse.

“When you are preparing right and there is still no positive outcome, it leaves you in a difficult position,” he says. “It’s hard to stay together as players because, while you don’t want to point fingers, clearly something is not working.

“Burnley have an expectation of being able to fight in a relegation battle based on experience. With Everton, the dressing room could be at risk of turning toxic.

“Losing really reveals the make-up of a squad,” he says. “When you have everyone on the same page, like Burnley do, it’s easier to pull away.

“I don’t know how Everton will be training. You might have some going full throttle and throwing in tackles like it’s a match to try and get the right intensity. Others will be staying calm and measured. It can cause arguments and that’s when finger pointing starts and you can see that some people think others aren’t good enough. You see cliques coming together.

“It can get a bit xenophobic, even: ‘These French lads don’t want to fight’ or ‘These South Americans aren’t interested’ type of thing.

“Frank Lampard has to be really clued into the make-up of the squad and nip it in the bud if it gets toxic — if people start talking behind others’ backs.

“It only takes one or two not to buy in and you’re in trouble, and it’s hard because that’s not always obvious. People can not buy in — in really subtle ways — but they will make a big difference. You see who tends to keep sitting by each other on away trips.

Onuoha wonders if Everton’s players still haven’t fully accepted the situation they are in, despite hovering just a point above the bottom three before the weekend.

“I did something at the start of the season with a broadcaster and Seamus Coleman was there,” he says. “He was asked what represents success for Everton and replied that they had qualified to for Europe.

“So from then to now be in this position, they are not looking round thinking ‘This is who we are now’ – they will believe they are just out of form and will be waiting for a spark to click them back into the team they believe they are.

“Everton’s players will have heard the talk that they couldn’t lose that game. They will see Burnley celebrating at the end and feeling a new momentum. They will have been devastated.

“You’ve just had 20,000 of their fans going nuts and you’re getting slammed by people who don’t support you and people who do.”

Sean Dyche’s half-time team talk on Wednesday summed up the outlook of Everton’s opponents. He told his players that he was not sure their opponents, who have the worst away record in the Premier League, knew how to win away games. He encouraged them to play on the front foot and try to exploit that despite being 2-1 down.

It worked, and as the full-time whistle blew at Turf Moor, many of Everton’s players fell to their knees, heads down. Dejected. 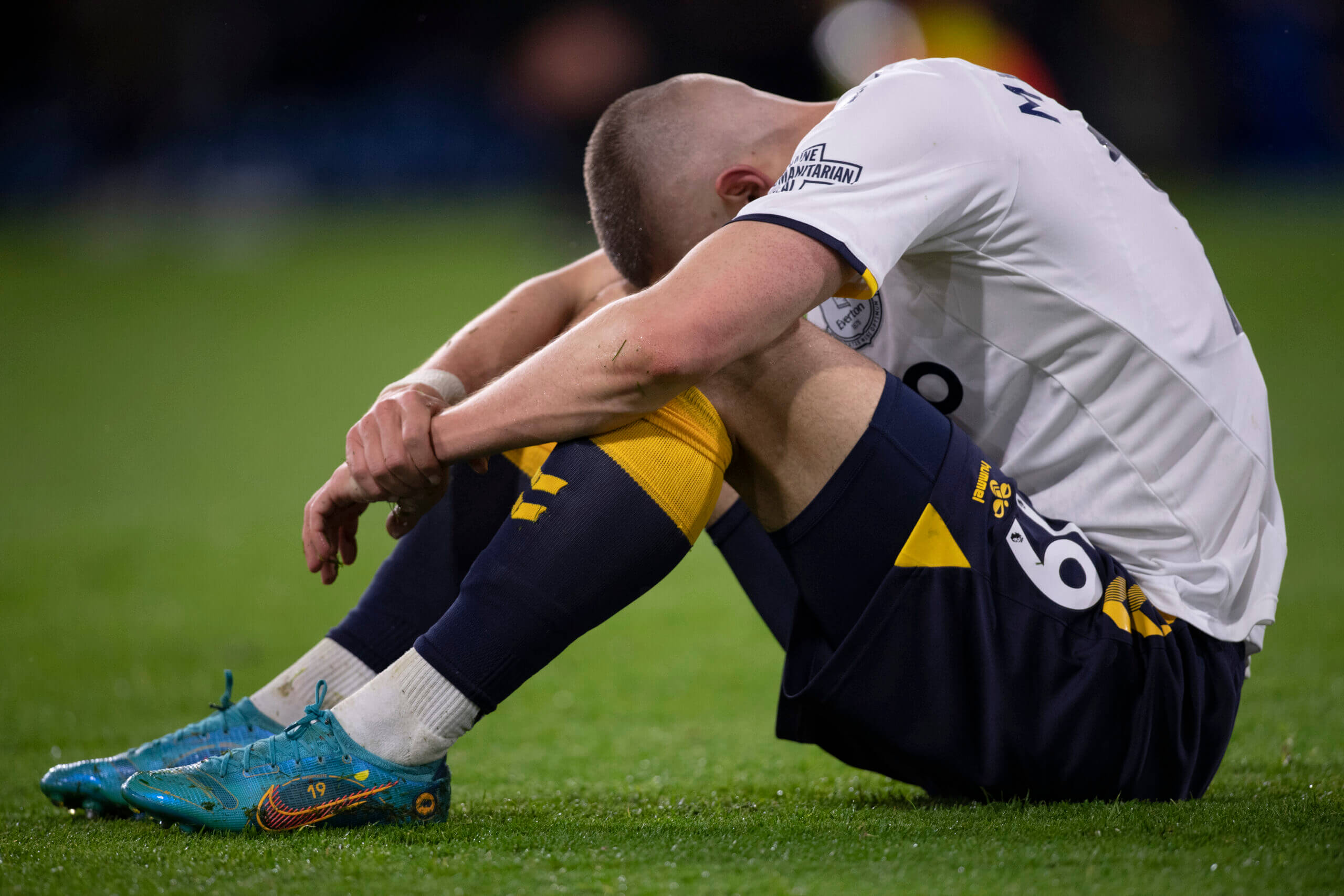 It is understood the reactions of Lampard’s players did not go unnoticed by the Burnley team celebrating around them. There was a perception they looked already beaten in the wider relegation battle, with their fixture list meaning they’ll struggle to summon much belief or hope.

The shift in momentum felt obvious and the difference between two camps could not have been illustrated more clearly.

“Now Everton are in that position of looking over their shoulders at every result for Burnley and Watford,” adds Onuoha.

“It’s hard to stay positive. Win and they’d have been seven points clear but now it’s one and it could be less soon.

“Another time at QPR we were having a horrendous season and we had players like Clint Hill and Shaun Derry who had been with the club in League One and come all the way up — and then we had players like Julio Cesar who’ve played for top clubs in the Champions League.

“When it’s going badly the players with experience like Cesar’s will want to stay calm and play their way out of it but Shaun and Clint will want to scrap.

“Most of those Everton players haven’t been bought to fight out of relegation.”

He believes Lampard’s approach must strike a fine balance.

“Frank needs to be encouraging but not patronizing because players won’t respond to that if they think it’s not sincere,” he says. “Then just to make sure the game plans are right and the players feel prepared.

“Everton might be fine if they score first in a game and there are nine left. They have the time. But in football you don’t always score first — and if they go behind, what then? Do they buckle?

“At home, you’ll have the fans urging you to do one thing and maybe the game plan is different. Everything needs to be done together. Everyone doing the same thing.

“It won’t work if the crowd really gets into one player and he decides to go and press like crazy, contrary to the plan, and then gets played around and they score.

“It’s not easy going into work when it’s that negative. But the important thing is not to get hung up on points totals, etc. You just need to be less bad than three other teams. In a way, it’s that simple.”

It might not feel very simple to Lampard and his players at the moment, though, as they attempt to get both out of their anxiety-laden thoughts — and the relegation mire.

Time was when Leeds United thought 35 points would put this season out of its misery. It looked like a rough benchmark while Marcelo Bielsa was still the head coach