After an impressive return to the Premier League last season following their 16-year absence, many Leeds are expected to kick on and cement themselves as a top-half side this time around.

But a dismal run of form after Christmas – that saw Leeds take one point from six games – plummeted them towards the relegation zone and cost beloved manager Marcelo Bielsa his job.

Jesse Marsch was parachuted in and oversaw some rousing late wins over Norwich and Wolves before they smashed Watford. But no wins since April 9 mean they are again staring down the barrel at a return to the Championship.

Pascal Struijk’s late strike salvaged a draw against Brighton on Sunday and took them out of the relegation zone for the time being.

Burnley and Everton both play on Thursday night but Leeds know a win at Brentford on Sunday will give them a massive chance of survival.

Leeds supporter NEIL WILCOCK explains how the club got into this position, from a flawed transfer strategy to a devastating injury crisis and that decision to sack the man the fans idolise. 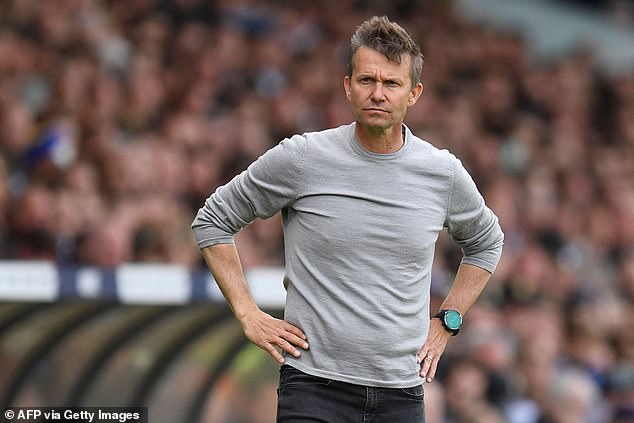 In the 1970s Leeds United’s deeply superstitious manager Don Revie was convinced the club, runners-up in leagues and cups so much more often than winners, was cursed.

Perhaps the fanbase has retained his paranoia because it feels to me and many of my fellow supporters that only Leeds could suffer 16 years in the wilderness, then finally reach the cusp of a glorious return, just as the first global pandemic in 100 years comes along to shut us out of Elland Road.

Locked out not only for the promotion but also our swashbuckling first season back, it feels now oh so predictable that when we finally did get back into our crumbling but beautiful stadium, it would be to witness everything fall apart on a journey back when we came .

A storming finish to last season, as injured players returned, had raised hopes that the dreaded second season syndrome might not apply to us. But an underwhelming transfer window and an insipid pre-season campaign raised concerns. 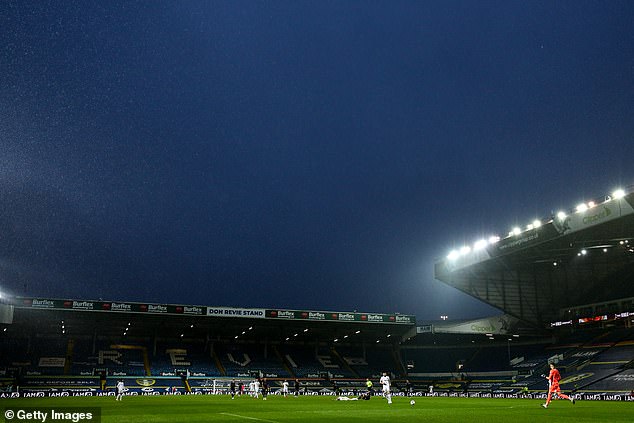 A mauling at the hands of the bitter red enemy from over the Pennines in the season opener did nothing to quell them. It would be another seven league games before Leeds finally chalked up a win, against Watford, and four more until their second, at Norwich.

The league table can testify to the caliber of that particular opposition. In all, it’s just eight wins all season, including two more against the division’s bottom two.

So, where did it all go wrong and who is to blame? It was clear what the Elland Road crowd felt on Sunday against Brighton. As Jesse Marsch made a late substitution that baffled many of us, the atmosphere turned toxic for the first time this season. Chants of Marcelo Bielsa were followed by calls for owner Andrea Radrizzani and his board to sell up and leave.

Undoubtedly they have made some bad decisions, but to me it feels like a multitude of have led us here. The plan was always to do most of our spending in the first summer after promotion to cover two seasons. But that strategy in itself was flawed, especially when the success rate of those transfers is as low as it has been for us, and senior players leave without being replaced, as it happened last summer. 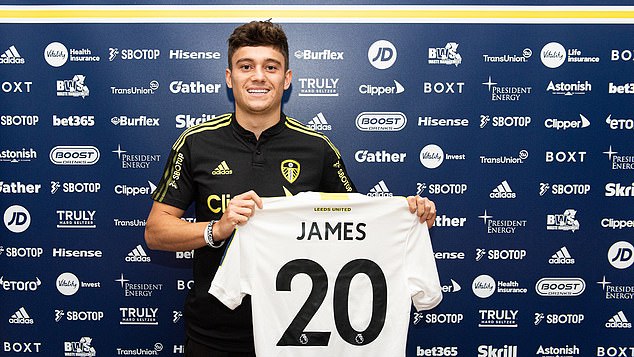 Money was spent, but not wisely. A left back was a priority, but one more effective than Junior Firpo has been. Winger Dan James’ signing made sense in that Bielsa always wanted him, but a central player was really the order of the day. It had been for several windows. Had we been successful in securing No 1 target Conor Gallagher, this could have been a very different campaign.

Much has been made of Bielsa’s love of a small squad, and his pickiness, even reluctance, to accept players. But nobody can convince me he would turn down top quality additions to his side. It seems more likely the targets put to him by director of football Victor Orta just weren’t of the caliber required to improve the team.

Sometimes, though, a squad just needs bodies. Heading into campaigns with such a small group was asking for trouble. Injuries were inevitable, and when they bit, they bit hard.

So much has been made of Leeds United’s queue at the Thorp Arch treatment table this season that I don’t need to go into it, save to say that I’ve never in my 37 years of being a Leeds fan known a season like it . To lose Phillips, Bamford and Cooper for so much of the campaign was never going to end well. The spine of the team, gone, along with so many others. 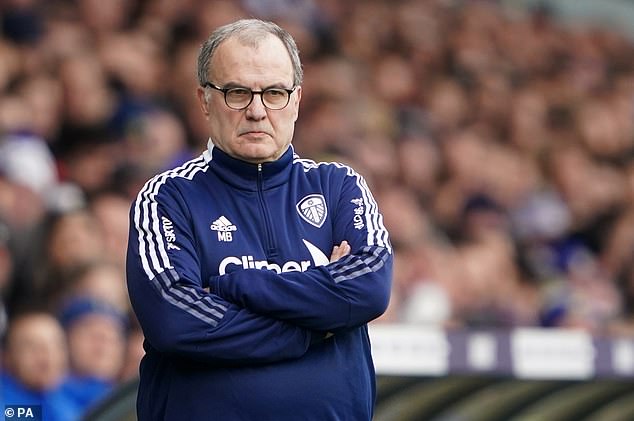 It’s been suggested by many pundits and even our incumbent American that the injuries have been down to Bielsa’s beasting of the players over three and a half high-octane years. There may be some truth in that, though I worship the man and am loathe to criticize.

How can we denounce methods that brought so much joy and success? Perhaps the board gave him too much control. Maybe they could have forced players on him. But when that trust had thus far produced such magical results, who could blame them?

One thing I’m certain of is that without those injuries, Bielsa would have kept us up. He may well have anyway, had he been given time to put it right, but we’ll never know. My fear now is that we disappear again without trace and those three wonderful years are nothing more than a fever dream.

What do we need to do to stop that happening, stay in the league and hopefully build? It may be Burnley don’t pick up another point and it’s already sealed. I just can’t see that happening, though. We will need a result at Brentford, a club enjoying an impressive season. Given our run-ins with them in the Championship, they would love more than most to put the final nail in our coffin. 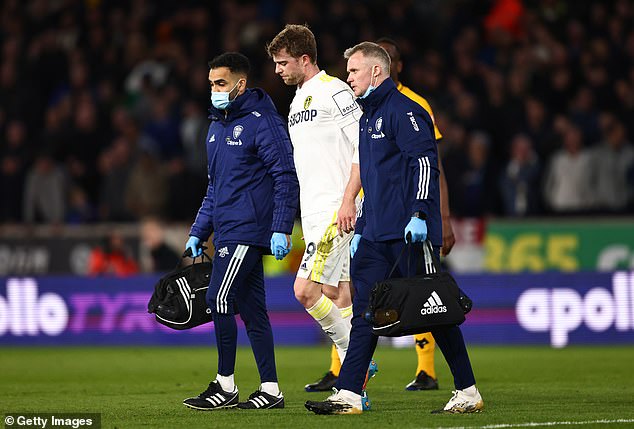 Star striker Patrick Bamford has barely played this season, which has been a massive loss

Before Sunday against Brighton, I could not see where any points would come from in our final two games. The magical attacking flair Bielsa brought to the team has been steadily eroded under Marsch.

Sure, a relegation battle perhaps calls for more pragmatism but the players, playing in an alien system with zero width, have seemed seemingly devoid of any attacking ability in recent weeks. Marcelo’s magic dust has gone, with only minimal improvements at the back.

But Sunday seemed different. Raphinha was no longer being wasted as a wing-back and better still, was back in a wide position. Jack Harrison too, to an extent. Suddenly Kalvin Phillips had an outlet and the chances came. And Joe Gelhardt, making only his fourth Premier League start and playing the full 90 minutes, showed again that he has the potential to conjure up magic as he produced an outrageous bit of trickery to set up the equaliser. More of the same on Sunday is the only way we can get out of this. 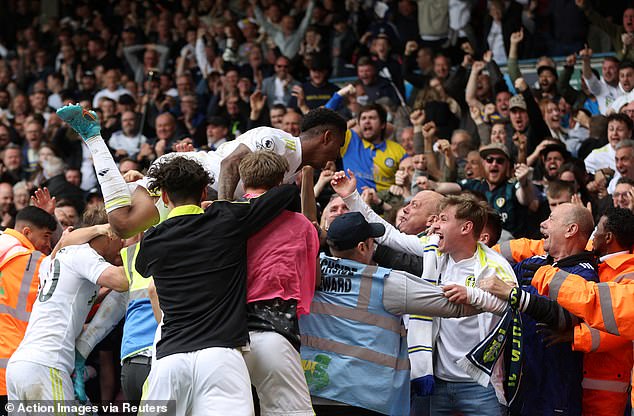 And if we don’t? We’ll never see the Yorkshire Pirlo in a Leeds shirt again, and others will surely leave. But with relegation clauses in contracts, incoming money from sales and parachute payments to fall back on, things should look very different to the plight we found ourselves in in 2004.

I’m not sure how much I’d trust Victor Orta to rebuild the team, or whether Jesse Marsch would be the right man at the helm. There’s been little so far to hint at a successful future for him in Yorkshire but he’s only had 12 games. Do we gamble on giving him a pre-season?

Fending off interest for our under 23 rising stars will be crucial. The likes of Gelhardt, Sam Greenwood, Charlie Cresswell and even 16-year-old Archie Gray with some experience around them could take the Championship by storm. And maybe we get to see a promotion in the flesh after all.

But let’s hope it doesn’t come to that and we survive, by the skin of our teeth. Can we do it? Absolutely? Will we? I honestly can’t call it. But I’m a Leeds fan, so I just keep thinking about that curse.

First it was Burnley beating Everton in midweek. Then it was Anthony Gordon’s shot deflecting in off Harry Maguire at lunchtime yesterday, the start of a pitiful attempt by Manchester

Jesse Marsch spoke with great relief of Leeds United’s late win. For the record, they drew. It was not spin, more so that the American was caught in one, much