My husband and I prefer early suppers. The youngest grand was here till 6 when his other grandmother picked him up for a baseball game.

The middle grand and his dad are at another baseball event and the oldest grand and her mother are at a dance event.

So this is my solution tonight

I pulled out the 13X9 crockpot that rarely gets used.

On one end is a pound of taco meat. In the back is some lentil taco from the freezer. And in the front is the rice left over from the other night when we had red beans and rice, I seasoned up to be sort of Mexican flavor, with a can of Rotel tomato’s, a little butter, a little chicken bouillon dissolved in water and some Goya seasoning.
Then I put everything in the crockpot and it’s sitting there on warm for people to eat as they need to. In the fridge are traditional toppings like shredded lettuce, diced up tomatoes, onions, salsa, sour cream, cheese. And on the counter are some bags with a few tortillas and some crunched up tortilla chips, things that have been hanging out in the pantry and need to be used.

My husband and I had bowls. And Jackson had a taco with two helpings of rice. He is a big fan of rice. 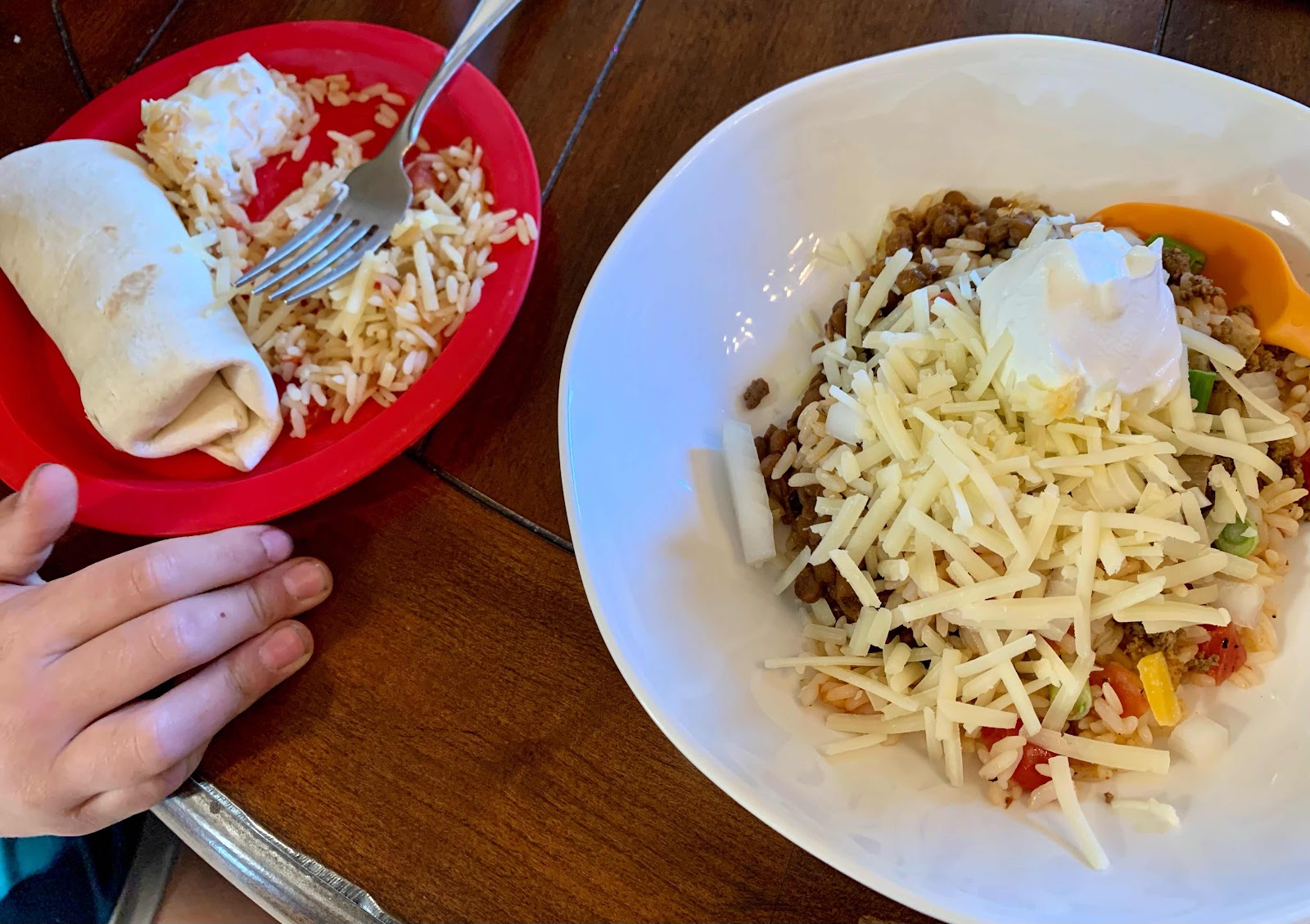 His fingernails are dirty because he helped me do some gardening. We planted some zinnia and petunia seeds that we started in the house. We put them in bigger plants outside. 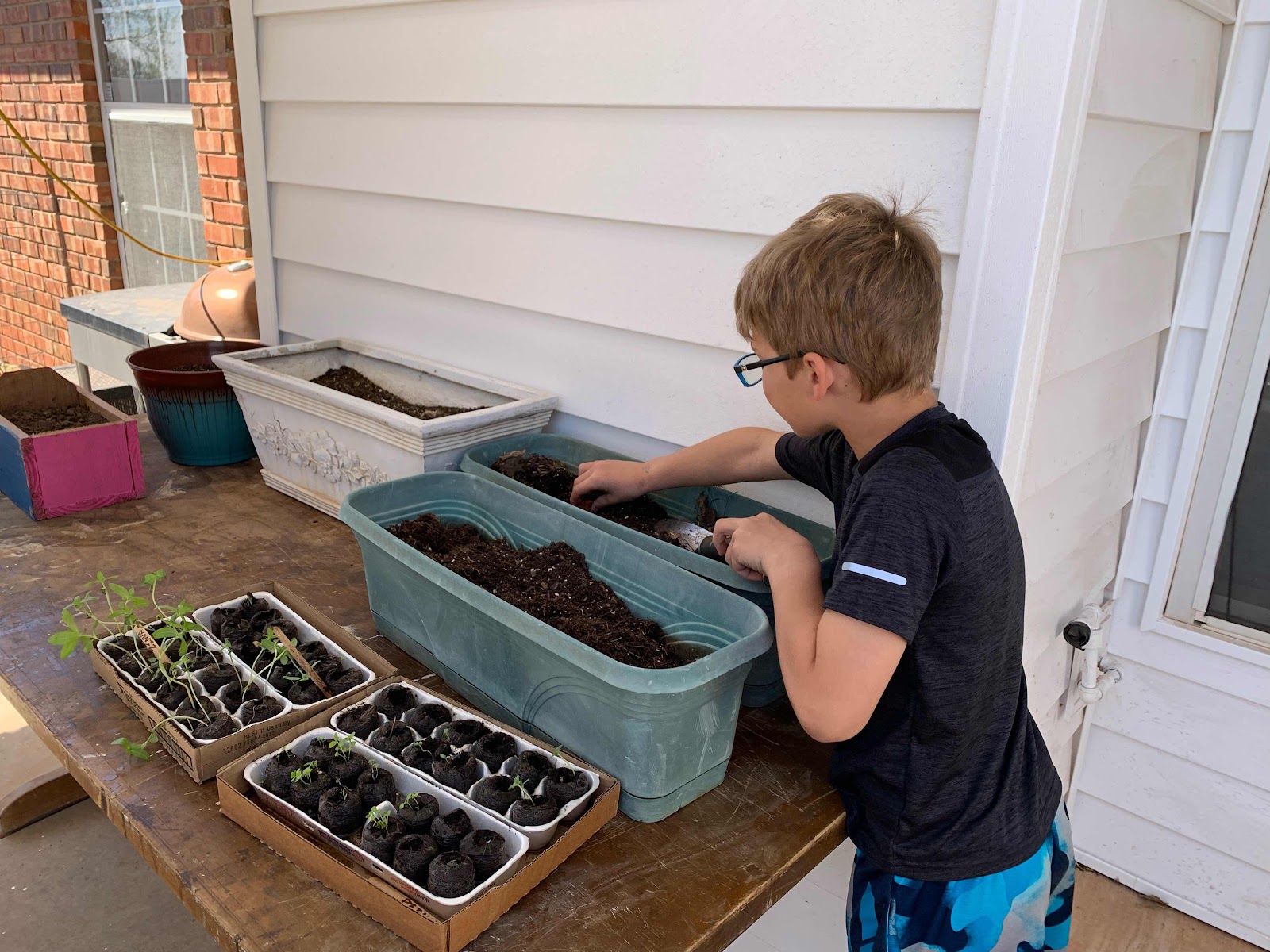 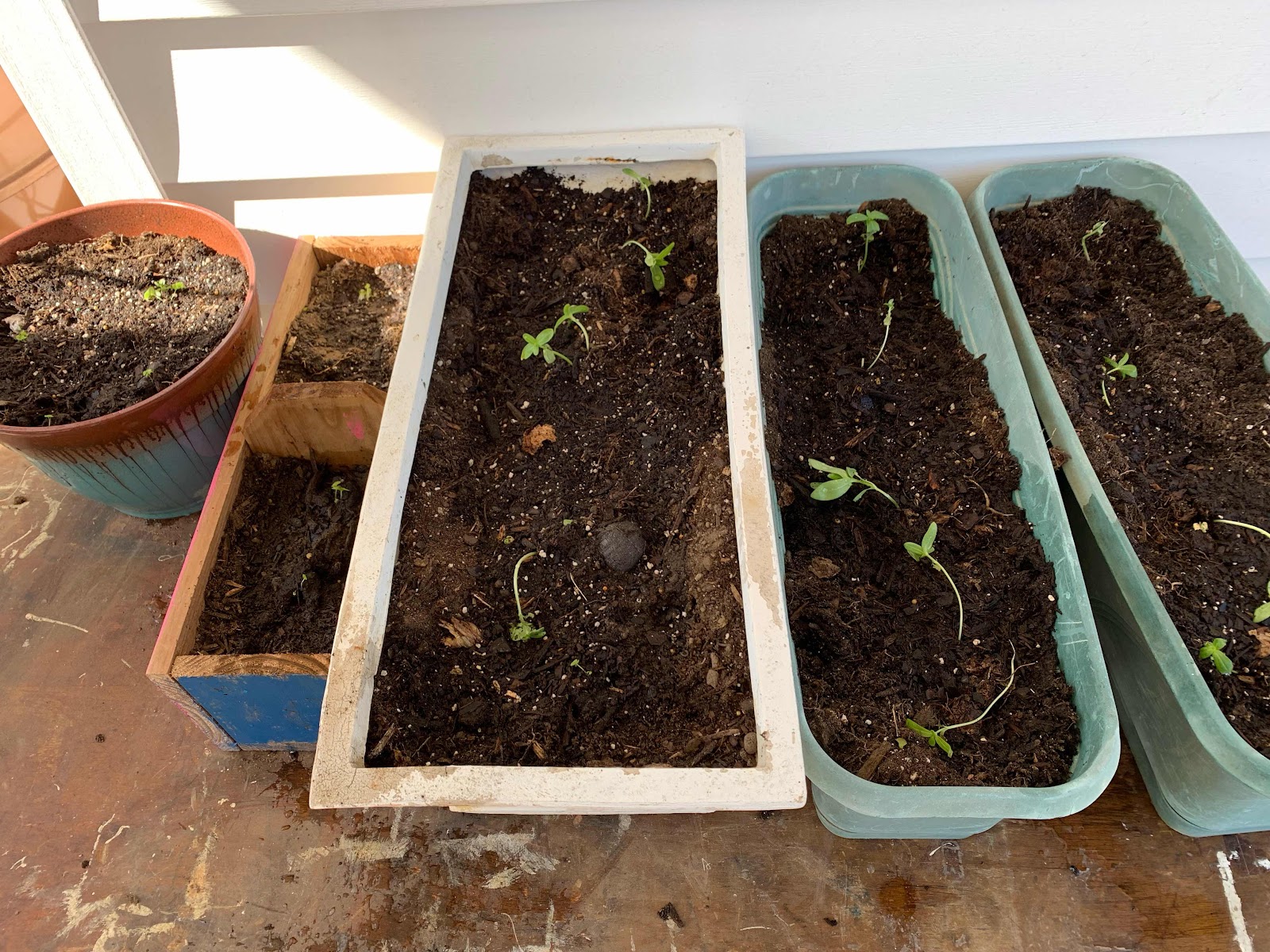 There is a lot of weeding to do in different parts of our yard and garden. But I was happy I spotted this weed while it was still little. I believe it is an elm. But whatever it is, when it gets much bigger than this one, it is almost impossible to kill or get out of the ground. This one was small enough that I was able to just pull it out. But a few others that we have not caught have had to be dug up with a lot of effort to get the whole root and plant out. 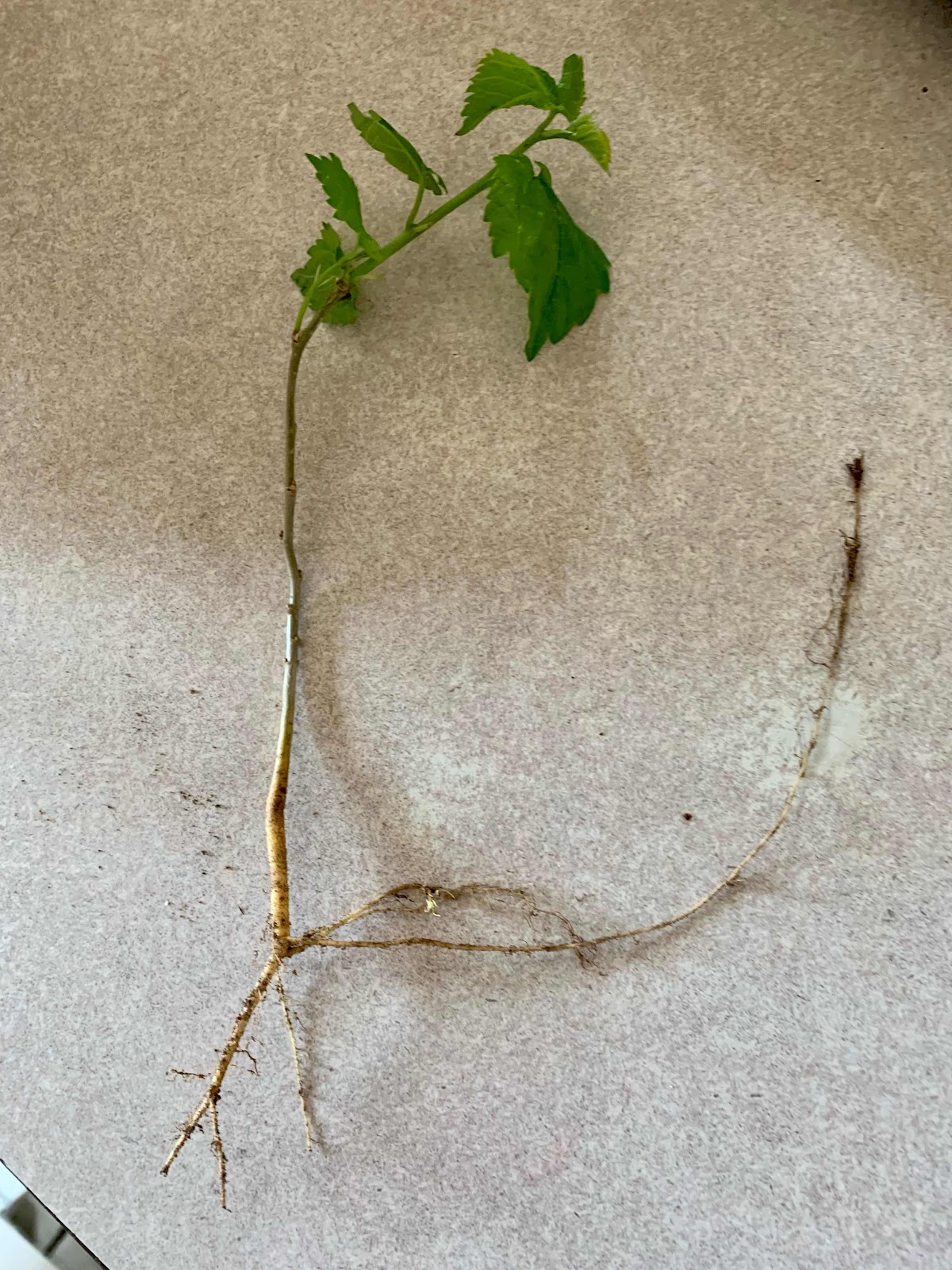 I’ve posted about Search before

They are a company that does product testing.

I’ve done a few laundry tests for them and just got paid for a 10 day toilet tissue test.

They ask you questions before they start and pick who they’re going to select for the testing. Then they ship you the product to test and give you exact days to use it. There are also several email surveys but they are straightforward and not difficult to do. They pay well! I always answer whenever I get an email from them about a possible product testing. I don’t get very many of them and I probably get selected for less than half of the ones that I apply for, but it’s very worth my time when I do get in on one.

So if you haven’t signed up with them, go to the Link. You might fit the demographics they want and you might get picked for some nicely paid surveys, who knows?