Alan Shearer: What it’s like to be bought for a world-record transfer fee

When the day came in late July 1996 to say my goodbyes, I walked into the training ground at Blackburn Rovers. I was going home to Newcastle United, the team I’d supported as a kid, and they were buying me for a world-record fee.

I distinctly remember Tim Sherwood, our skipper, asking me how much for and me telling him it was £15 million. He stared at me for a while and then said, “Jesus. No pressure there, then!”

I couldn’t do anything apart from laugh.

The really funny thing is that I never felt that pressure. Not once. Not at all.

You often hear or read about players being weighed down by their price tag after a move, about them struggling to live up to it, but although it did feel like a ridiculous, obscene amount of money for a club to spend on me (or on anybody) it wasn’t a burden. It made me feel extremely proud, excited, special, 10 feet tall. Truth be told, I absolutely loved it.

A scruffy little lad from Park Avenue in Gosforth, who couldn’t wait to get home from school and put stones down on the street as makeshift goals and play with his pals was now the planet’s most expensive footballer. Work that one out! To me, it was a dream, an amazing privilege. I felt honored that someone was prepared to shell out that much cash for me, but it wasn’t my cash. And if it was a gamble, then it wasn’t mine.

I’d experienced something similar four years earlier, when I moved from Southampton to Blackburn for a domestic transfer record of £3.6 million. That figure sounds so quaint now, doesn’t it? It was Jack Walker’s investment but he was paying for me to do what I’d always done, which was to go out and score goals, to do my stuff. The size of the fee wasn’t my doing. All it did was make me feel more confident.

Did it bring a heightened sense of responsibility? Perhaps. But then I always felt that responsibility to do my best, to perform, to score. Goals were my business and my obsession. I couldn’t separate those aspects. I craved that feeling, the adrenalin from the ball hitting the net and my ability to do it was what persuaded Blackburn and then Newcastle to pay money for me. It was why I was picked for England.

Moving to Newcastle did bring me a pay rise, but I think and hope that the money didn’t change or motivate me. The good thing, the best thing, was that it meant I was able to help my family — the people who’d supported me throughout my career, but the reality is that it was always a by-product. However life turned out, I’d have played football on a weekend, whether it was for a grand a week, a quid, or nothing at all.

A month or so ago, I was asked an interesting question: When did I realise that I’d made it? It stopped me in my tracks a little bit, because I don’t think I ever realised that. I never thought about it. It might sound strange, given that I played for my country and won a title at Ewood Park and scored lots of goals in the Premier League and became a record signing, but it’s the honest truth. All I ever wanted was more. 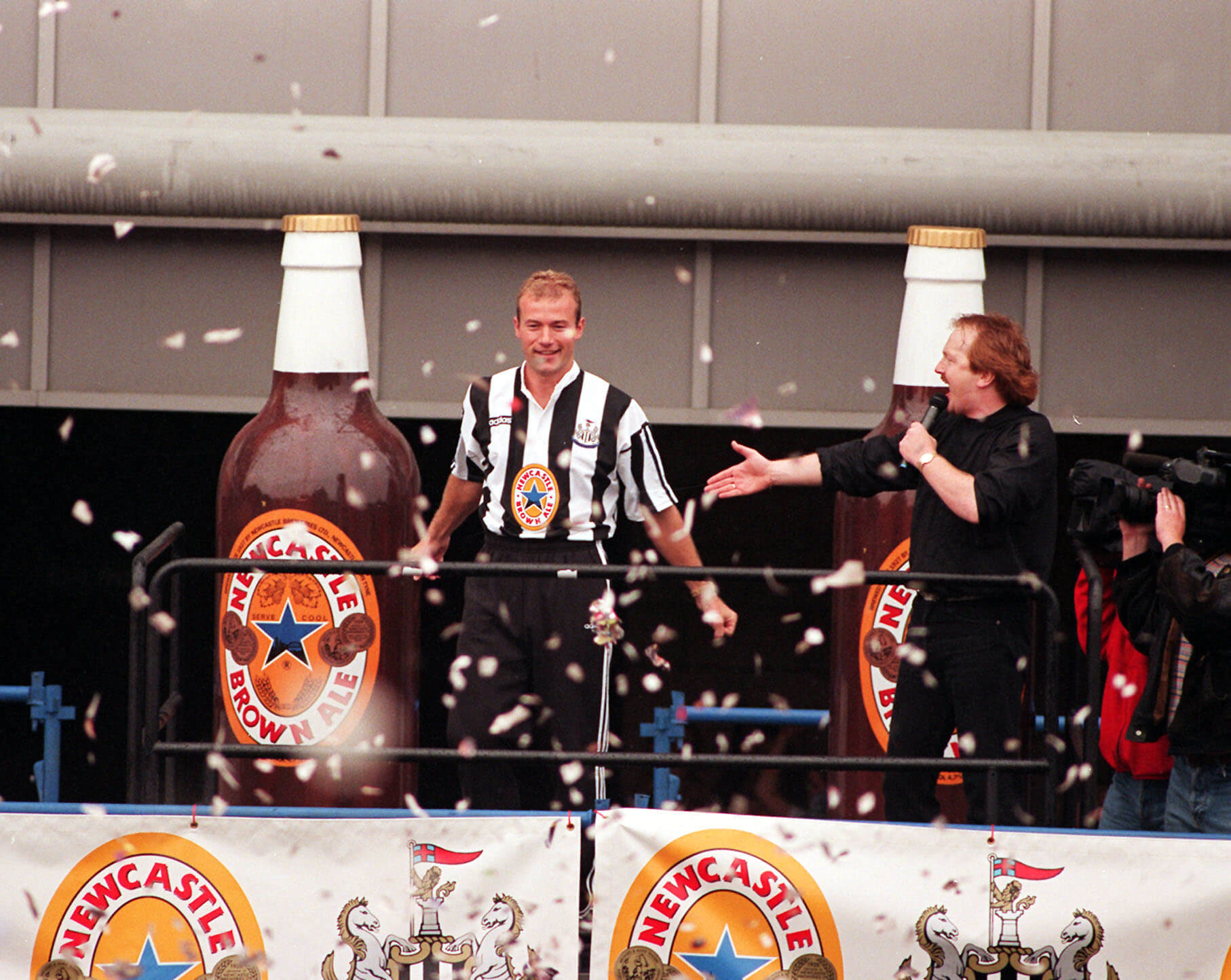 Shearer greets the Newcastle fans after he was officially introduced as their new signing at St James’s Park (Photo: Paul Barker/PA Images via Getty Images)

The old cliche tells us that you’re only as good as your last game, but for me, it was the opposite. For me, you were only as good as your next game. That was probably the thing, the attitude, that kept me going in the game for as long as I did. What’s done is done, your last game is gone and it didn’t matter whether you’d scored three or not scored at all, whether you’d won or been beaten.

I felt comfortable in what I was doing, but I always wanted to be better.

Maybe there was some fear. There’s always something to prove or someone to prove it to, especially when you’re in the public eye, and, in those terms, nobody is as important as yourself. You can’t rest.

It was nice while it lasted, but £15 million is the equivalent of pennies now.

I’m old enough to remember Trevor Francis joining Nottingham Forest in 1979 and becoming Britain’s first £1 million player, a figure that felt outlandish and impossible: “My God. How much?!” By the time my moves came about, it was the same. It’s difficult to believe that fees have continued to grow as they have and you think there’ll come a point where it stops, but how long have we been saying that for?

As long as broadcasters around the world continue to pump money in, then I guess it is sustainable. What’s the world record now – £198 million for Neymar? I suspect it won’t be long before we see that being beaten. If Kylian Mbappe had three years left on his contract at Paris Saint-Germain not three months, I reckon there’d be a number two at the start of any prospective fee. Same with Erling Haaland, if there wasn’t a release clause in his deal at Borussia Dortmund.

A few names and numbers stand out when I look at The Athletic’s list, although it’s the original fees that seem most noteworthy.

Dennis Bergkamp for just £7.5 million; astonishing. Thierry Henry costing Arsenal just £11 million in 1999; Christ. Wayne Rooney, who became Manchester United’s and England’s record goalscorer, for £30 million; what a bargain. Didier Drogba for £24 million? There are a few others, too.

How do I feel seeing my name at the top? It makes me smile! It’s not a reflection of achievement and, don’t worry, I’m not putting myself in Mbappe’s class, but I guess it puts historical fees into a modern context.

Gary Lineker often says that it’s nice to see his name on goalscoring charts because it reminds people that he actually used to be a world-class footballer before he was a television presenter! I definitely empathise with that.

Man, to be able to do it again, to score just one more goal, to be wheeling away with my right arm in the air, to have that rush, that lose-yourself moment when there’s nothing else but this — I’d give a lot for that.

Football and time blur any notion of what value means, so I certainly can’t tell you I’d be worth £222 million now. I can’t tell you much, except one thing: